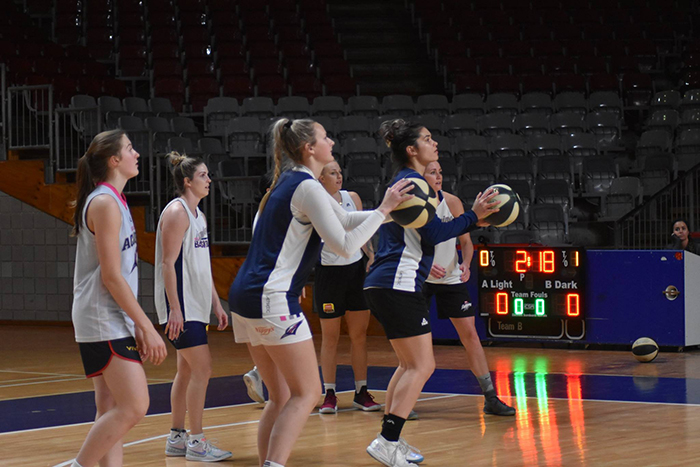 Sports SA is seeking answers after $275,000 was granted to the Adelaide Crows women's team just days after the South Australian Government resisted calls to financially boost the women's state basketball team.
.
As reported in the ABC,  The Adelaide Lightning needs $500,000 to stay afloat or it risks dissolving at the end of the season.

Sports SA Chief Executive Leah Cassidy told ABC Radio Adelaide's Breakfast program that the Crows AFLW team, on the other hand, was already supported by a "giant corporation in the AFL" and was unlikely to need additional funding.

Cassidy was disappointed that Sport Minister Corey Wingard had previously stated “he wouldn't support the Adelaide Lightning because if he supported one elite team, he'd have to support them all."

"A few days later we've got the Premier coming out providing $275,000 to the Crows. And then we've got mum-and-dad volunteer sports who can't afford their fees, and we know we have clubs on the Yorke Peninsula who are struggling to keep the doors open because they can't pay electricity costs.” Cassidy told ABC.

Cassidy added that she supports investment in sport, particularly growing women's sport but thinks “a bit of balance” is required.

Sport Minister Corey Wingard was not available for comment but last week highlighted that the Lightning already received $150,000 a year through a sponsorship with the Motor Accident Commission (MAC).

"Half a million dollars of recurrent fees every year is quite an expensive proposition," Minister Wingard said.

"There are a number of teams in the national competition. If you start doing it for one, you'll have them all knocking on your door. We need to sit down and have a discussion about all aspects of how the team is going."

Premier Steven Marshall previously suggested the funding to the AFLW would filter down to grassroot sports stating “the popularity of the AFLW competition is on the rise in South Australia and across the nation, with the number of registered junior female teams in local clubs across the State increasing from eight to 110 in just two years.”

Although Minister Marshall highlights that the Crows Cup Carnival had been delivered to more than 10,000 female students in schools across SA, former Sport Minister Leon Bignell told the ABC that the money given to the Crows women’s team was not filtering down to the grassroots level.

Cassidy also advised the ABC that the sporting association responsible for grassroots club and growth development was the SANFL and considers it interesting that SANFL have no role to play in developing sport through the amount of funding the Premier has provided to the Crows.

Crows Chief Executive Andrew Fagan said “our Club is committed to growing the women’s game in the central corridor of Australia and ensuring girls and young women can fulfil their potential as players, coaches and administrators, and even enjoy our great game as a fan,” said Fagan.

A spokesperson for Minister Wingard has advised that he is scheduled to meet with the Lightning on 10th December.