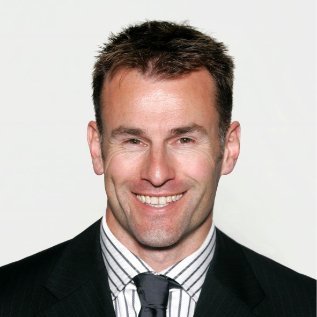 Highly credentialed sports specialist Graham Lowe has been announced as a consultant to the Australian Institute of Sport (AIS), where he will help shape the development of Australian coaches and leaders.

Lowe’s appointment coincides with the latest intake at the AIS Centre for Performance Coaching and Leadership.

Lowe will work with the 40 successful applicants from 22 sports accepted into AIS leadership programs for 2017/18 as he transitions out of his role as General Manager, Football, with the premiership winning AFL club the Western Bulldogs and moves into an ongoing support role at the club.

Commenting on the consultancy, Lowe explained “I’ve had the privilege of being part of the AIS Centre for Performance Coaching and Leadership program as a participant and it is an exciting opportunity to now be contributing to the delivery of a contemporary program that already does so much to develop culture and leadership in Australian sport.

“We tend to look overseas for direction in this area but the reality is we have a top quality program already here at home.

“Supporting the development of positive cultures and fostering leadership is a passion of mine and I look forward to contributing to this innovative program as part of my broader move into high performance consultancy.”

The AIS Centre for Performance Coaching and Leadership was established as part of Australia¹s Winning Edge strategy to create a long-term development pathway for high performance coaches, leaders and managers.

Favier added “Graham brings exceptional skills, knowledge and experience that will be an asset to coaches and leaders across all Australian high performance sport.

“The AIS measures itself against world-best standards and there is no doubt that Graham brings a winning attitude. As well as his important role with the premiership-winning Western Bulldogs, he has also worked in prominent high performance roles with world-best sporting programs, notably the New Zealand All Blacks in Rugby Union and the winning BMW Oracle Racing sailing team in the America’s Cup.”