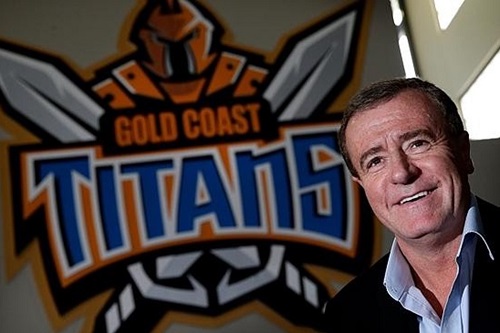 Annesley, who as an NRL referee controlled 244 first grade games as well as having been a former NRL Chief Operating Officer, will move from his role as Chief Executive at the Gold Coast Titans - a position he has held since 2013.

Announcing the appointment, NRL Chief Executive Todd Greenberg said Annesley was the ideal person to take on the new role of running elite football programs next season, commenting “it has become clear this year that the Head of Football role needs to be split into two areas - elite and participation programs.

“Brian Canavan will continue to oversee the participation and pathways programs which are crucial to the future of the game.

“Graham will take on all aspects of the elite competition - from running the Premiership to overseeing match officials and rule changes.

“It means we will have someone with enormous experience in the game – from refereeing at the top level to running a club - focussed solely on the Telstra Premiership.”

Annesley, who will take up as new role at the beginning of November, said he looked forward to the challenge of delivering the best possible sporting competition for rugby league fans, advising “the game is already in great shape … in fact rugby league is one of the few sports which has seen a lift in both crowds and ratings this year.

“But I have no doubt it can be even better for players and fans and that will be my focus from November 1.”

Annesley said he enjoyed his five years with the Titans and believes the club is on the cusp of a strong era, adding “the Titans now have committed local ownership, financial sustainability, professional management, some of the best facilities in the competition, and team capable of becoming a real force in the game.”

Greenberg also announced that the NRL Chief Digital Officer, Rebekah Horne has agreed to leave the the organisation take up a senior role for a major international company.

He said that Horne had been responsible for setting up the new nrl.com and club websites as part of the NRL’s digital transformation.