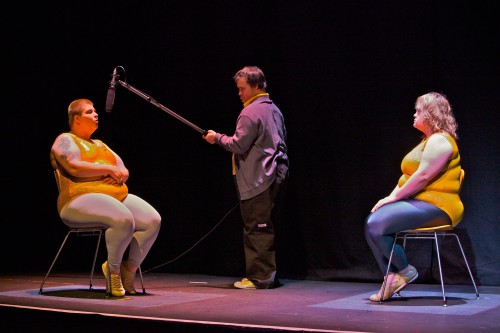 An Amy Winehouse exhibition and international tours by acclaimed Geelong art company Back to Back Theatre are among $10 million of arts projects to be supported by the Federal Government’s controversial Catalyst fund.

About 80 projects that will receive grants were announced without fanfare on the Federal Government’s arts website yesterday (2nd May). Some individual grants on the list had been announced previously.

Among the biggest grants is $800,000 for Back to Back Theatre, an ensemble company of actors with disabilities, who will use the funds for its inter­national touring program over several years.

Others included Melbourne dance festival Dance Massive ($400,000), a Japanese tour of Indigenous art from the National Museum of Australia ($289,000), the Asia TOPA festival of Asia Pacific performing arts ($285,000) and an international production of work by South Australia's Australian Dance Theatre ($79,136).

However, other grants have raised questions, including $75,500 for the Jewish Museum of Australia to present the Winehouse exhibition from the United Kingdom and $1 million that will be spent buying, preserving and maintaining the family home of landscape painter Hans Heysen, who died in 1968.

The announcement of the grants on the eve of the 2016/17 Federal budget follow last year’s shock restructure of arts funding, in which $105 million over four years was cut from the Australia Council for the Arts in favour of a planned National Program for Excellence in the Arts allocated by the Federal Arts Minister.

While later cut back, with $8 million a year returned to the Australia Council (about a third of the funding lost), and renamed Catalyst, the principal of distribution of Government arts funding by Ministerial choice, rather than peer review, remains.

Commenting on the funding, Tamara Winikoff, co-convener of arts body ArtsPeak, said while Catalyst recognised many deserving projects, the funding restructure had undermined the “core production and distribution mechanism” of the arts sector.

The funding is also open to accusations of ‘pork-barrelling’ - the utilisation of Government funds for projects designed to please voters or legislators and/or win votes.

For Back to Back Theatre, the $800,000 will go towards international business development and touring their productions through Europe, the UK, North America and Asia from 2016 through to 2020.

Executive producer Alice Nash said the money provided certainty for its international projects after the company as a whole lost a "significant" proportion of its overall Australia Council funding last year. 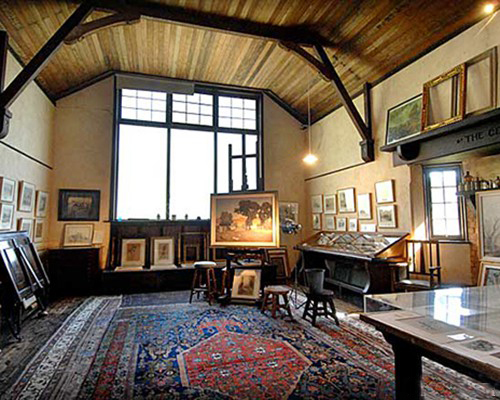 Already operating as a private museum, the funding was announced in conjunction with local MP Jamie Briggs, who is likely to face a tough campaign in the upcoming Federal election.

Commenting on the funding, Naomi Edwards, Artistic Director of Adelaide’s Patch Theatre company, stated “I don’t believe it, how can you argue buying a building is funding the arts?”

State Theatre Company of South Australia Chief Executive Rob Brookman added “when we were told Catalyst funding might offset money lost by small to medium companies, we were sceptical and the announcements thus far suggest scepticism was in order.”

Meanwhile, Esther Anatolitis​, Director of Regional Arts Victoria, ha stated that the Australia Council "is one major cut away from no longer being able to operate.”

Anatolitis told Fairfax Media that major cuts "would be disastrous for the nation's arts and culture".

Images: Back to Back Theatre (top) and The Cedars (below).