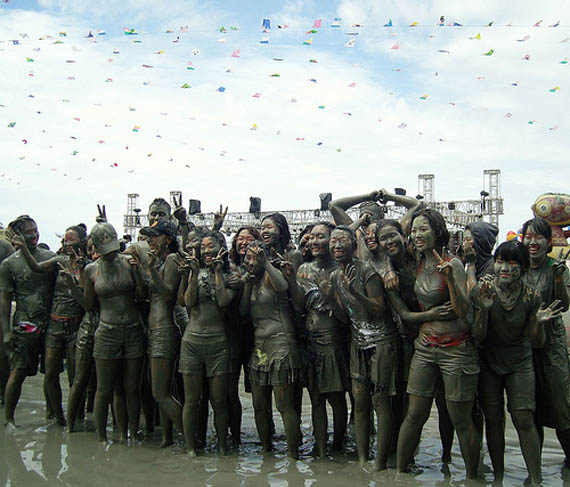 New Zealand's Ministry of Business, Innovation and Employment (MBIE) has announced that $1.5 million will be invested in the planned annual Rotorua Lakes Council mud festival through the Major Events Development Fund.

Inspired by the South Korean Boryeong Mud Festival, which attracts up to three millions visitors a year, MBIE Major Events Manager Devorah Blumberg explains “the Rotorua mud festival will leverage Rotorua’s extraordinary natural resources and will include a mud-arena, spa and wellness experiences, as well as education and historical story-telling.

“Inviting the world to immerse themselves in geothermal mud is a unique opportunity to showcase Rotorua’s distinctive volcanic and geothermal environment to an international audience.

“Over time, the event is forecast to attract a significant number of domestic and international attendees, which will generate strong economic returns for both Rotorua and New Zealand.”

Blumberg stressed that Rotorua is renowned for its spa, health and wellness offerings and this innovative, cultural event will serve as a launch pad for international promotion.

With the first Rotorua mud festival event scheduled to take place in December 2017, the MBIE investment will help seed the event’s growth over its first five years.

The Government invests, through the Major Events Development Fund, in major events that generate significant immediate and long-term benefits to New Zealand.