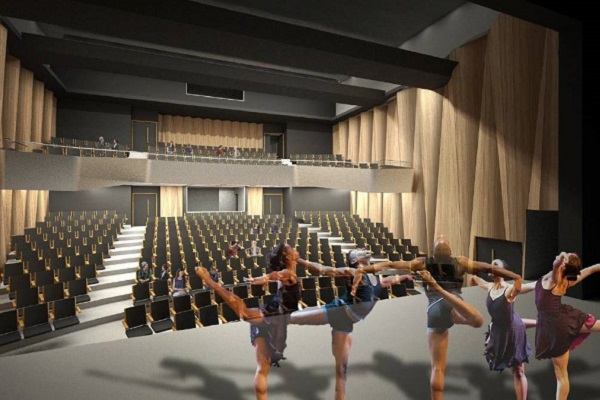 Goulburn Mulwaree Council is to move forward with plans to construct a a 400-seat Performing Arts Centre in the NSW city.

The Council last week voted to back plans for an $18.5 million facility, with Mayor Bob Kirk telling local media “there's a well established need and desire in the community … most other regional centres have a performing arts facility and Goulburn deserves one too. We are a growing and modern city."

The Centre, adaptively re-using the McDermott Centre in Goulburn’s Auburn Street, was originally estimated to cost $8.2 million but costs have since risen.

However, as of last Tuesday, following a 90-minute discussion, Councillors decided seven votes to two to press ahead with the 400-seat PAC at an $18.5 million cost.

Council management will now negotiate with preferred tenderer, Zauner Constructions, to reduce their confidential price to $16,265,000. Council costs of $2.235 million, including demolition of the McDermott Centre's rear section, electrical, excavation, archaeological work and more, will be added to this amount.

The meeting heard that Zauner had already achieved almost $2.1 million in cost reductions through a value engineering process and that other possibilities for cost reduction - including lowering or removing the fly tower, the orchestra pit, moving air-conditioning from the roof to the basement and consolidating back of house functions - were being considered.

Goulburn Mulwaree Council General Manager Warwick Bennett has been authorised to undertake these negotiations in conjunction with a Create NSW industry specialist, the builder and architect.

To fund the project, the Council proposes to tap into low-interest (2.5 to 3.5%) NSW Government loans and is also considering transferring money from the water or sewer funds to its general fund at a 2% interest rate.