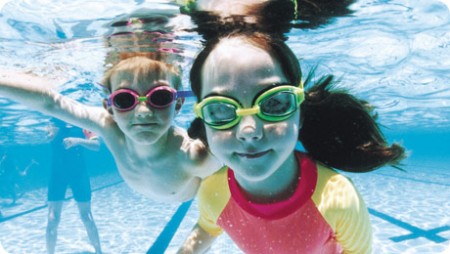 The Goulburn Mulwaree Council has revealed a concept for the new Goulburn Aquatic Centre, planned as part of the future development and management of the city’s historic Victoria Park.

The plan provide a starting point for the redevelopment of the current, YMCA-managed, Goulburn Aquatic and Leisure Centre, which is being undertaken in conjunction with the Victoria Park master-plan.

Consultants for the project, HM Leisure Planning, are calling for further community feedback before moving to the next phase of the design schedule.

Commenting on the development, Goulburn Mulwaree Mayor Geoff Kettle said that he was excited by the initial plans, stating “although this is only an initial draft I am ecstatic with the ideas, and excited for the future of the Aquatic Centre.

“This plan sets out a great vision for the future, which will cater for the Goulburn Mulwaree community and its growing population for decades to come.”

Innovative aspects of the plan include a moveable floor in the facility’s program pool, making it suitable for a variety of uses including learn-to-swim and hydrotherapy, and a removable fence to open the pool facilities up to the rest of Victoria Park during major events.

There is also provision for an outdoor exercise station, beach volleyball area and a health and wellness spa while a new entrance foyer area will also be open to the side, giving skatepark users access to the centre for drinks and amenity use. 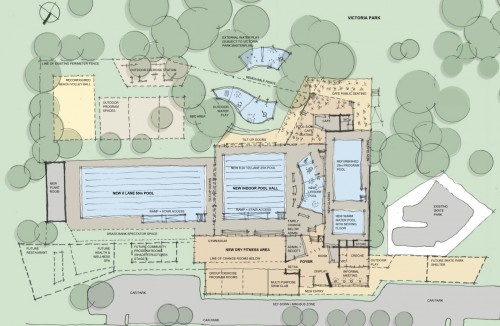 Speaking at a recent community consultation on the plans, HM Leisure Planning consultant Chris Head said the the concept had emerged from extensive consultation with the community, including school groups, the Goulburn Swimming Club, hospital, aged-care groups and a series of public meetings to ascertain users’ needs.

The Goulburn Post reported Head explaining “this is a concept plan only until we get a final answer from the council about the costs and the viability of certain aspects.

“It has been a giant jigsaw puzzle, but we have put a few pieces together.

“We have looked at demographics, trends, future growth projections for the area.”

Head suggested the new facility would be likely to cater for up to 160,000 users annually based on the local feeder population of 53,000 people.

For more information or to comment on the plan, contact Wendy Nichol of Goulburn Mulwaree Council on 02 4823 4464, E: wendy.nichol@goulburn.nsw.gov.au