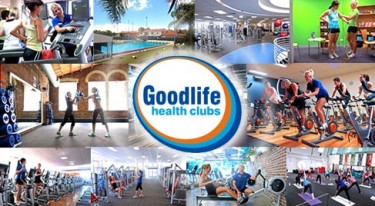 The Ardent Leisure Group (ASX: AAD) has announced that it has completed the acquisition of three Re-Creation health clubs in Melbourne for its Goodlife Health Club brand and secured three new development opportunities for its health club and bowling portfolios.

The three Re-Creation Health Clubs in the Melbourne suburbs of Armadale, Glen Iris and Sandringham in Melbourne cost $10.1 million of which $5 million is deferred between six and 12 months from settlement.

In a statement AAD explained that "these well established clubs occupy dominant positions within their respective markets and will allow Goodlife to significantly strengthen its position in the Melbourne market."

The impact of the acquisition is expected to deliver EPS accretion of approximately 2.9% on the Groupï¾s FY 2012 consensus earnings.

In addition, Goodlife has been successful in securing a new development site in Maroochydore on Queensland's Sunshine Coast.

The facility is anticipated to open in mid 2012.

The Group has also advised that AMF and Kingpin have been successful in securing new sites to strengthen their development pipeline.

Speaking of this site, Shaw explains "AMF is pleased to secure this site following the expiry of our lease on an older style Penrith centre in September 2009. The Penrith area has traditionally been a strong bowling market and we look forward to reestablishing our presence in this key market."

The Townsville market has continued to grow as a major mining port, military and government base for North Queensland. To date this population growth has not been matched by additional adult and family entertainment venues. Kingpin will introduce a unique entertainment venue for patrons from

Townsville and surrounding markets. The Kingpin centre in Townsville is expected to open in July 2011.

The Group continues to actively pursue roll-out opportunities across its Bowling, Health Club and Main Event divisions to deliver higher incremental returns and leverage further operational and marketing efficiencies for the Group.