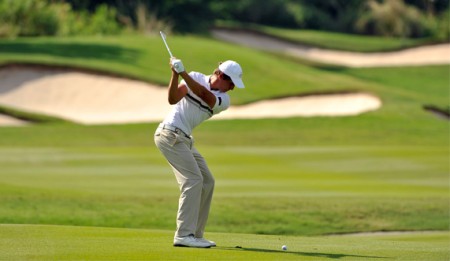 Golf participation is on the rise across Australia with golf club members playing an increased number of competition rounds in the last financial year.

The latest national competition rounds report released by the Australian Golf Industry Council (AGIC) produced some positive information for those in the golf industry.

Across Australia approximately 14.4 million rounds of golf were played in the 2014/2015 Financial Year which was a 3.6% increase over the same 12 month period in the year prior.

Brian Thorburn, Chairman of the AGIC and Chief Executive of the PGA of Australia, welcomed the figures, stating “this is a fantastic result for the entire golf industry, more competition rounds being played helps every area of the industry and will ensure golf in Australia continues to thrive.

“We often hear of the success of our international golf stars but it is equally as important to publicise the success of grass roots golf in Australia.”

“Australia has some of the best golf courses, competitions and programs in the world and its pleasing to see more people competing and enjoying our wonderful game.”

While the final quarter results showed the industry took a hit delivering a rare drop in rounds of 2.2% across the country this was an anomaly on the rest of the year with eight of the 12 months demonstrating competition rounds growth month-over-month.

Western Australia was the best performing state across the year recording an impressive 10% growth in competition rounds over 2013/14 largely due to strong outcomes from January through to June 2015.

Victoria also benefitted from a less disruptive year weather-wise, with rounds growth recorded in each quarter of the year.

Established in 2006, the AGIC brings together representatives from the major Golf Industry bodies and works as one to promote golf and industry wide initiatives.