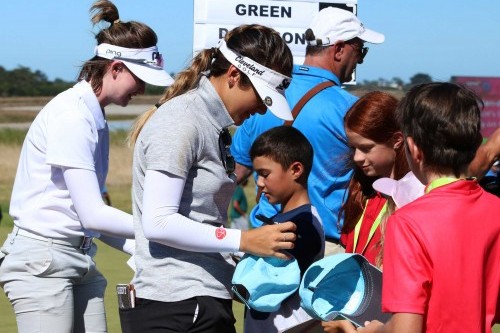 Vision 2025: The future of women and girls in golf was made public during preparations for this week’s ISPS Handa Women’s Australian Open at Kooyonga Golf Club in Adelaide.

The four-pillar strategy aims to significantly increase a female club membership rate that sits at a record low 20%, along with improving culture at golf clubs around the country.

Pitt told a media conference it was critical that “our game is opened up to everyone”.

He explained “I think we’ve got some important challenges as a sport and we need to recognise them.

“In some ways, I don’t think we’ve done a very good job as a sport catering for women and girls over a long period of time. There are some benchmarks and markers that would indicate that’s the case. We need to be aware of them and try to fix them.”

Pitt added “to me, that was about our facilities not being very welcoming to women, in a society that had changed with women in the workforce and wanting to play on the weekends. Clubs hadn’t adapted.

“I do believe clubs have started to adapt, let me say, but there’s a lot of territory to cover.” 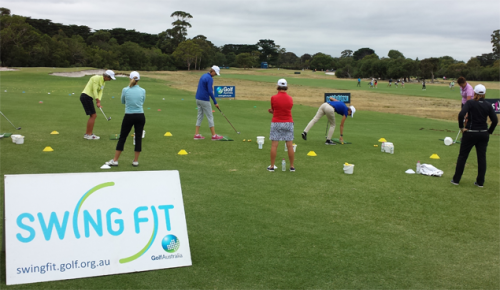 As part of the strategy, Golf Australia is encouraging its clubs nationally to provide equal access for both genders on all days - which many already offer -- and for clubs to take on more female board members and senior executives.

Spargo advised “it’s a massive task, that’s why we’ve made it 2025,”who said a 30% female membership rate would be a realistic target.

“We’re going to have to go to clubs and look at the case for change with them and get them on the journey with us and be part of it – not telling them what to do but work with them to see what’s going to work with them.”

The four main pillars of Vision 2025 are:

• Culture and leadership: more women on boards and in senior positions; opening up clubhouses and courses and making them more welcoming – equal access, equal rights.
• Grassroots: introductions to golf that are friendlier and more social; more emphasis on fun and family; better transition to courses and clubs; hubs and networks for women and girls.
• High performance and coaching: More heroes to inspire the next generation; more female coaches to nurture and develop them; more chances for the elite to compete and hone their skills.
• Marketing and positioning: Changing the way the sport is perceived; more women and girls proud to say ‘I play golf’; promoting the fun, healthy, social game – a second sport and a sport for life.

Green, a Golf Australia rookie squad member who has come on the full pathway now open to young girls to reach the game’s highest tour, said she came to the game at nine years of age in the footsteps of her golfing father, but added that she might have been lost to golf had it not been for her friends, firstly at Hartfield Golf Club in Perth and then Mt Lawley Golf Club.

“I joined Mt Lawley and there were maybe seven other girls and I don’t think I’d be still playing golf if it wasn’t for them. You just feel more comfortable.”

Spargo said she spoke to a female professional golfer recently who put the issue into perspective. She concluded “her comment was when she walks into a clubhouse, she feels as though she’s going into a principal’s office. Once she walks outside everything’s OK. There’s a lot we need to do to change that culture of our game.”