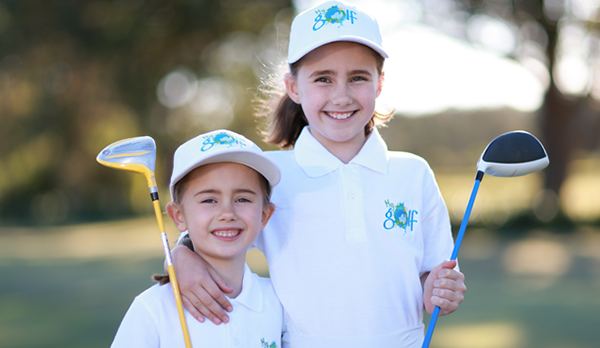 New figures released by Golf Australia show that Australian golf is riding a new wave of popularity with huge participation rises recorded over the summer.

Figures show that handicap rounds of golf played leapt by 12% in the 2020/21 summer months compared to the previous summer’s figures.

The figures are tracked by Golf Australia using data from its national computerised GOLF Link handicap service over December 2020 and January to February 2021. They do not include casual, non-handicapped golf, which also has seen big rises in playing numbers.

The numbers are at levels never previously experienced in the 10 years the GOLF Link service has delivered comprehensive reach across Australia’s affiliated clubs.

Of the states, NSW recorded the highest increase at 22.6% over the three-month period. Queensland was next with a 20.8% increase.

NSW and Queensland recorded the biggest jumps in rounds played by women – 25% higher than last summer.

Handicap rounds of golf were up by three percent in calendar year 2020, despite golf courses being closed in one of the most popular golf states, Victoria, for much of the winter. Nationally there were 11.06 million competition rounds played compared to 10.73 million in 2019.

Golf Australia Chief Executive, James Sutherland said that while the past 12 months had seen a clear surge in golf participation, the game had been presented with a significant opportunity for further growth.

Club membership figures for 2020 have not been released but to the end of October 2020, more than 42,000 new members had joined clubs around Australia, indicating a strong increase in the annual figure is on the cards.

Channel Seven’s mini-golf reality show, Holey Moley, won the ratings battle with 983,000 viewers on its opening night last month, and was a spectacular success in an environment where golf is looking for new entry points for players.

Sutherland added “we expected families and kids to embrace Holey Moley, but the public reaction went well beyond our expectations. From the feedback I’ve seen come out of many mini golf facilities around Australia, Holey Moley has inspired huge numbers of kids and younger adults to get a club in their hands and to give golf a go. That’s really exciting for anyone who loves our game”

Overseas, the situation is similar, with golf experiencing a worldwide boom.

In the United States, total rounds of golf played in 2020 were up 13.9% over 2019, according to Golf Datatech, which describes this as a record increase.

The previous-best number was a 5.7% surge in rounds in 2012, with Golf Datatech providing the figures since 1998.

In New Zealand, huge rises have been reported in rounds played through the latter part of 2020, as high as 39% up in September.

Sutherland added “golf is being seen for exactly what it is: a safe, outdoor, healthy and sociable way to spend time,.

“Every bit of data that we’ve collected since the beginning of last year has reinforced what we’ve seen and heard anecdotally – that golf clubs and facilities were thriving again.

“Our job is to ensure these increases are a part of a long-term trend, and are not just a temporary spike. We are about continuing to build on the ground that has been made.”

Sutherland said participation programs such as Get Into Golf, the MyGolf junior clinics and Vision 2025, the women’s participation strategy, had all made an impact at grass roots level, concluding "golf delivers significant physical and mental health benefits to its participants, which has been particularly valuable over the past 12 months. It’s the perfect game for social distancing.