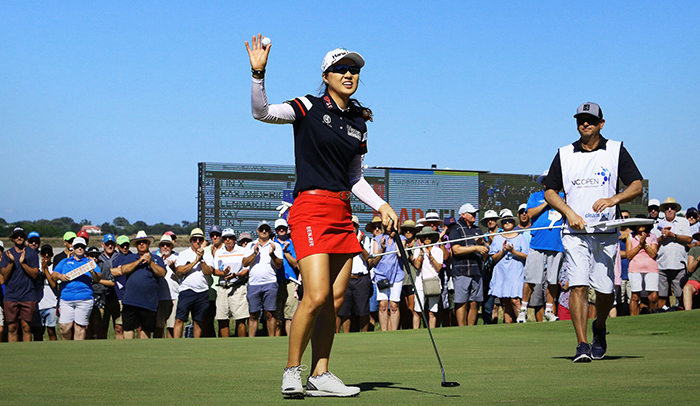 Golf Australia has announced the 2019 Vic Open will be co-sanctioned by the LPGA Tour. The trailblazing tournament will be jointly sanctioned by the European Tour and ISPS Handa PGA Tour of Australasia (men’s) and the LPGA and ALPG (women’s).

The 2019 Vic Open will be held at 13th Beach Golf Links on the Bellarine Peninsula from 7th-10th February and, along with the ISPS Handa Women’s Australian Open, will now be part of a two-week Australian swing on the premier global women’s tour.

Golf Australia Chief Executive Stephen Pitt was thrilled with the expansion of the LPGA relationship, with the subsequent Women’s Australian Open approaching its eighth year as a co-sanctioned event.

“The LPGA Tour has been a great boon for the national championship and we are absolutely delighted the Vic Open will now be part of its worldwide schedule,” Pitt said.

“We’ve worked very hard with our sponsors and partners to attain the standards stipulated by the LPGA Tour when we first discussed this possibility and for a tournament that has become revered for its progressive thinking, we are excited to take it to the next level.”

“We also recognise the wonderful support we’ve had from the Victorian Government that has driven the growth of the event.

“Also very importantly, we acknowledge the incredible work done by Simon Brookhouse and the Golf Victoria board and staff who have made this event a special championship in world golf.  Golf Australia now joins the quest to continue to ensure this event is as well run as possible,” Pitt said.

Brookhouse, now Golf Australia’s general manager golf operations, said it was a “truly exciting announcement for the growth of the Vic Open”.

“Golf Victoria has been very proud of the growth of the event and this announcement solidifies the strength of the event on the world scale,” he said.

Prize pools for the concurrent tournaments will be $1.5million each and the event will be played at the regional Victorian venue for the seventh time in succession.

“We’re very proud to have been part of the Vic Open’s rapid development in recent years and thrilled to be able to highlight the championship and our position as a global golf hub,” Minister Eren said.

“The LPGA is excited to partner with our friends at Golf Australia and the European Tour in this ground-breaking event,” she said.

“The Vic Open has established itself as a leader in sports equality and, as golf’s global tour, we are greatly looking forward to being a part of this exciting week of competition, inspiration and camaraderie.”