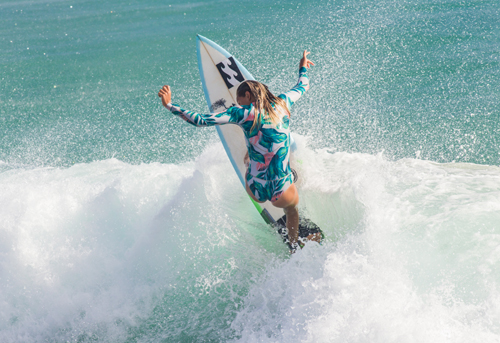 Following the Byron Surf Festival, the inaugural International Surfing Symposium will be held from 13th to 17th March at the Currumbin RSL.

The two-day Symposium will bring together champion and amateur surfers from throughout the world, academics, coastal engineers, international surfing conservationists, industry representatives and others with an interest in surfing.

Introducing the event, Gold Coast World Surfing Reserve Chairman Andrew states “this is the most exciting time of the year at the Southern End of the Gold Coast when the waves are pumping and the world’s best professional surfers are in town.”

Better known as AndyMac, the voice of the surf on SEAFM & GOLDFM radio, a position he has held since the inception of SEAFM in 1989, AndyMac is still as passionate as ever about protecting and preserving the Gold Coast’s beaches and famous Southern Points from Burleigh to Snapper Rocks.

“Whether it be climate change, overcrowding, beach erosion, the use of recycled products for surfing equipment, shark shield technology or future surf sustainability themes that can make a difference.” 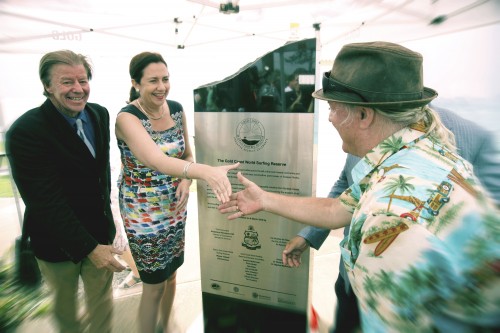 Conveniently located at the gateway to the famous surfing beaches of the southern Gold Coast, home to the WSL World Tour Surfing opening, the Quiksilver and Roxy Pro, the Symposium has support from state and local governments, universities and the private sector.

AndyMac adds “we are very fortunate that we have both Queensland Government support through Tourism and Events Queensland and the City of Gold Coast’s Local Stewardship Committee support for the World Surfing Reserve, who have agreed to work together on this brand new event.”

“The World Surfing Reserve declaration aims to enhance the profile of surfing, and creates awareness and seek solutions for a safe, cleaner surfing environment.”

“The surf industry, alone, is worth approximately $1.4 billion to the local economy and supports more than 20,000 jobs.”

The Gold Coast’s first two World Professional Champions, Peter Townend (1976) and his fellow Cooly Kid mate Wayne ‘Rabbit’ Bartholomew (1978) are amongst a stellar list of keynote speakers. The original Cooly Kids will reflect on their amazing surfing careers and where it all started.

Bartholomew is the No 1 Patron of the Gold Coast World Surfing Reserve and said, “A fantastic initiative by GCWSR, the inaugural International Surfing Symposium will not only gather the sport, lifestyle and culture of surfing luminaries, but bring to the Gold Coast many of the world’s experts in coastal conservation and surf sustainability. We face many challenges over the next 20 years and this Symposium will have a collective brains trust second to none.”

Peru’s first World Champion, Felipe Pomar (1965), arguably the fittest surfer on the planet, has joined the list of speakers. At 73 years of age, Pomar is still charging 20ft waves and will talk about how you can add another 20 years to your surfing life.

From the oldest to the youngest speakers, will be local Australian Junior representative 15-year-old Pacha Light. Pacha is a Surfrider Ambassador for Gold Coast Tweed Surfrider Foundation and was recently appointed as an Ambassador for SEABIN, working on the eradication of plastics in the ocean.

The Program Director of Save the Waves (the World Governing Body of World Surfing Reserves) Nick Mucha from Santa Cruz, California will make his maiden voyage to the Gold Coast and address the conference about how WSRs can make a difference in terms of environment and the value of surfing.

Griffith University has taken on a big role with highly respected academics such as Professor Ralph Buckley, considered to be Australia’s leading academic on surfing, presenting at the Symposium. 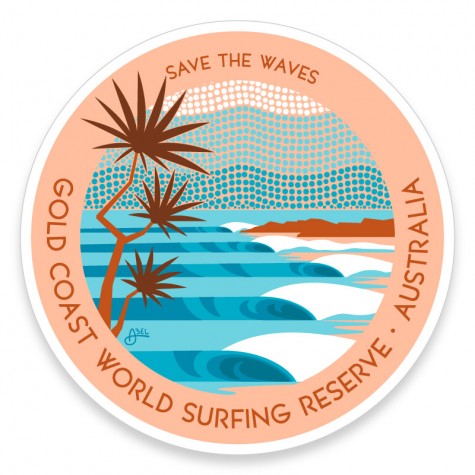 Dr Neil Lazarow, who wrote his thesis on the economic value of surfing, is a coastal social scientist and is on the international panel known as the Vision Council, will be amongst the speakers representing surfing’s finest academics. Other speakers to present include Mark Price, CEO of Firewire Surfboards, Lindsay Lyon of Shark Shield, Dan Fitzgerald of Sustainable Surf and well known author, surf writer and journalist, Tim Baker.

The Symposium will also provide night time entertainment. On Wednesday 15th March, Save the Waves will present their International Surfing Film Festival, including a documentary on how Gold Coast was endorsed as the 8th WSR and the Dedication Ceremony, amongst a diverse range of short 15 minute documentaries over a four hour period with music breaks.

Local Gold Coast singer/songwriter Felicity Lawless and her Band will wrap up the International Surfing Symposium with a rocking live music gig, including some special guests on Friday night, 17th March, 2017 at the Sound lounge, Currumbin RSL.

There are over $5,000.00 worth of prizes to be won during the Symposium including Virgin Atlantic flights for two to Bali courtesy of Orbit World Travel, a Brand new Firewire Surfboard of choice, a Yulex Patagonia wetsuit, and a Shark Shield protection kit.

All events are open to the public.

In 2013 the Gold Coast hosted the Global Surf Cities Conference.