Gold Coast light rail to be ready for 2018 Commonwealth Games 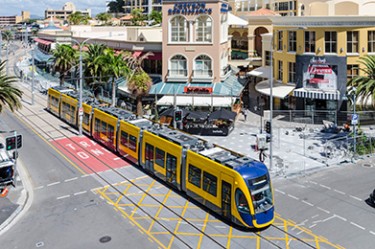 The next stage of the Gold Coast’s $600 million light rail project is to be built in time for the Commonwealth Games in April 2018.

Stage two of the Gold Coast light rail project connects the recently completed service, which runs between Southport and Broadbeach, out to the main Brisbane to Gold Coast rail line.

The $1 billion stage one of the project received funding from all three levels of government. However, funding for stage two of the project  is yet to be finalised, with the new Queensland Government stating it is “working hard to explore all options available”.

Minister Trad says the project is “critical”, adding “the light-rail project has been an incredible success, thanks to the joint contributions from former State and Federal Labor Governments, as well as Gold Coast Council.”