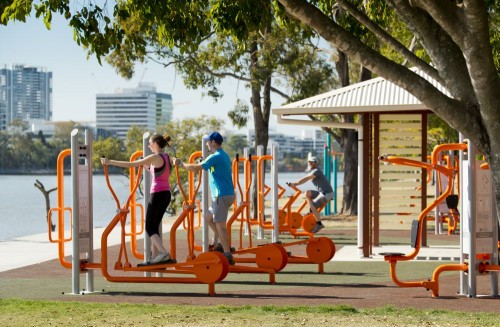 The Gold Coast City Council plans to develop out 10 new outdoor gyms as a ‘legacy project’ for the 2018 Commonwealth Games – echoing similar services offered in London in the lead-up to the 2012 Olympic Games.

The 10 free outdoor gyms will be built at existing council sites and will feature multiple exercise stations and different equipment.

The first will open at Varsity Lakes in June where half an existing council-owned basketball court will be converted to host the equipment. While other sites have yet to be revealed, it is expected there will be at least three in the Robina and Varsity region.

The project is being jointly funded by Real Insurance, which is contributing over $200,000 to fund the first 10 facilities, and the Council. 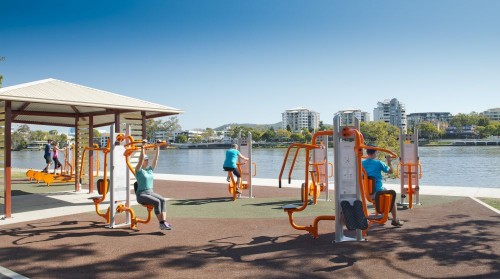 With two years to go until the Games, the $320 million construction program for competition venues is reportedly on track and on budget, with all new and upgraded facilities set to be delivered within the next 12 months.

Queensland Premier Annastacia Palaszczuk announced this week “we’re delivering world-class facilities for the Games on the Gold Coast and in Brisbane, including three new multipurpose sporting venues, a 4000 metre² soundstage at Village Roadshow that will double as a squash venue at Games-time and major upgrades to a further seven venues.”