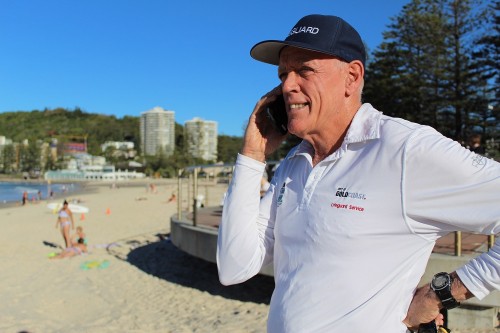 Warren Young, the City of Gold Coast's Chief Lifeguard, has retired after 48 years of protecting swimmers.

71-year-old Young, believed to be the council's oldest employee, retired on Friday having spent most of his adult life patrolling some of the busiest beaches in Australia and coordinating the nation's largest unit of professional lifeguards.

His retirement saw friends, politicians and local celebrities pay tribute to his career at an event that saw the Burleigh Heads Lifeguard Centre officially renamed as the Warren Young Lifeguard Centre.

Born in 1950, Young was raised in Brisbane and left high school in Grade 10 to pursue a career in telecommunications.

A regular visitor to the Gold Coast, he joined the Miami Surf Club as a volunteer in 1968.

As he explains "getting up early and being able to go for a swim, thrown in with a bit of discipline and competition - I just took to it.

“One day, there was a job opening as a lifeguard at Burleigh Heads. I was working in the heart of Brisbane and I knew I didn’t want to stay working in the city. When I got the job, people were amazed I was leaving a good secure job – but I really loved the ocean, and the Gold Coast was a really happening place for a young person.”

In 1975, just two years later, he was promoted to the top job of Chief Lifeguard. 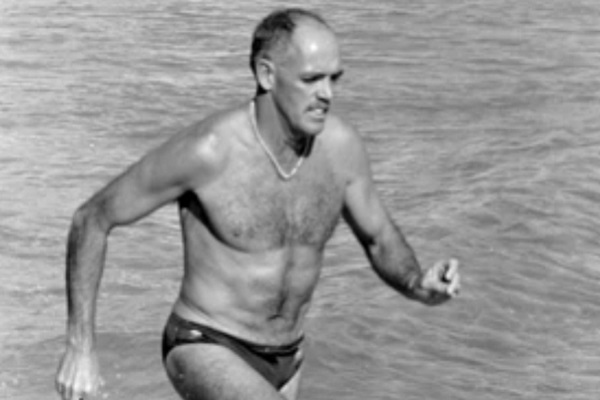 Among the many achievements throughout his nearly five decade-long tenure was the implementation of the now-iconic lifeguard surveillance towers.

With the stretch of beach between Surfers Paradise and Main Beach earning the unwanted title of "death alley” after a spate of drownings in the 1970s and 1980s, Young explains the thinking behind his desire to introduce the towers.

He advised "the Gold Coast has the best beaches, water quality, air quality, accessibility and rescue and lifeguard services in the world. It’s a pretty attractive package. But it’s not attractive if people are drowning.

“We could drive along that stretch every day, but at its best, that’s fleeting surveillance. What the beaches really needed was continual surveillance – preferably from a height which allows a wider span of beach to be monitored.”

In 1989, Young and his team designed a tower plan, which involved a network of towers strategically located along the coastline to achieve interlocking surveillance.

He recalls “I budgeted for three towers a year. The City was most supportive of it. City leaders were aware of the quality of the beaches and what it meant to tourism and what that meant to the economy. They also understood the detrimental effects bad publicity can have on the city’s reputation,” says Warren.

“If I believed in something, I kept on chasing it. If there were funding setbacks, I would come back again the next year and never throw in the towel.”

Today, there are 40 surveillance towers erected over 52 kilometres of coastline. 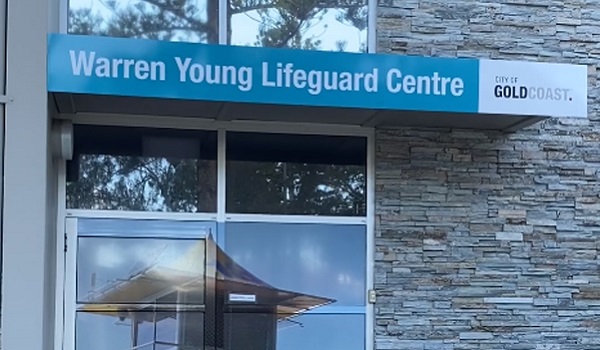 Among his many career highlights are being awarded the Public Service Medal in the Queen’s Birthday Honour list in 1999, partaking in the Queen’s Baton relay in the lead up to the Gold Coast 2018 Commonwealth Games and meeting some of the world’s most famous people – Princess Anne and the Duke of Edinburgh, upon their respective visits to the city.

Most recently, Young was awarded Gold Coast Citizen of the Year at the 2021 Australia Day Awards.

Former Honolulu Chief Lifeguard Ralph Goto met Warren Young in 1985 while on a fact finding mission to the Gold Coast.

Goto told the ABC "he is very well respected around the world,.

"I was told when I first started my job, 'you need to go to Los Angeles and Australia to see about lifeguarding'.

"What I saw when I first met Warren, I was very impressed with."

Goto said Young's professionalism and dedication to lifeguarding in the face of drownings and injuries, is "probably the most outstanding I can think of".

"Warren is always striving to improve things and that's why I feel the Gold Coast lifeguard agency is one of the best in the world."

Speaking on the last day of his job, Young told the ABC "it's a really, really rewarding job ... a lot of people do say thanks."