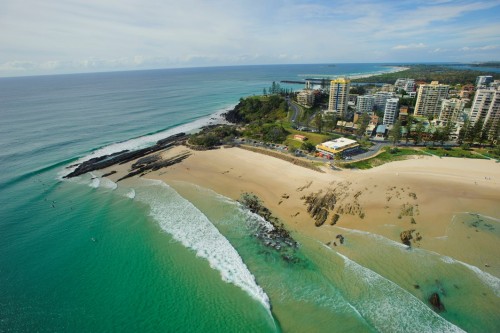 Surfing Queensland has announced that the Gold Coast has been approved as the newest World Surfing Reserve.

The announcement was made from the House of Commons, London, UK, during the four day Global Wave Conference attended by leading International surf and environmental academic’s including former three times World Champion Tom Curren.

“Each applicant was highly unique, however the Gold Coast’s combination of perfect point breaks and world champions was a deciding factor in winning the approval for 2016.”

World Surfing Reserves, a program of Save The Waves, proactively identifies, designates and preserves outstanding waves, surf zones and surrounding environments around the world. The program serves as a global model for preserving wave breaks and their surrounding areas by recognising and protecting the key environmental, cultural, and economic and community attributes of surfing areas.

“I’m disappointed for Noosa, but it is terrific news and great recognition for everyone who worked so hard to have the Gold Coast beaches declared a surfing reserve.”

It had taken almost two years to process the Gold Coast’s nomination for a World Surfing Reserve from Burleigh Point to Snapper Rocks, approximately 16 kilometres. The final Gold Coast application was the culmination of a lot of hard work from local and regional advocates and the efforts resulted in an application highly endorsed by a range of important stakeholders. The Gold Coast application demonstrated a high degree of community support, which is an important selection criteria for the WSR governing body.

In recognition for all of this community support over those two years, Gold Coast World Surfing Reserve, Inc Chairman Andrew McKinnon stated “City of Gold Coast's Surf Management Plan will be the local authority for the Gold Coast World Surfing Reserve with Councils Surf Management Plan Advisory Committee performing the role of the Local Stewardship Council. We feel humbled to receive this great accolade amongst such great surfing communities and environments like Noosa Heads and Guarda do Embáo, Brazil.

“We sincerely wish them good luck in their future approval as a WSR.”

For more information go to www.goldcoastworldsurfingreserve.com