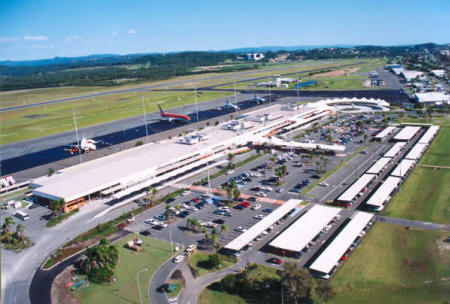 The Federal Government is backing a multi-million dollar expansion of the Gold Coast Airport to help cope with the extra traffic expected to travel through the airport for the 2018 Commonwealth Games.

Work on a $300 million redevelopment of the apron and taxiway expansion - to be undertaken in two stages - is expected to begin within weeks with the first phase to be completed next year and the second stage completed in 2021.

"In the immediate future, more than 117,000 visitors, 5,000 athletes, 2,000 officials and 2,700 media representatives are expected to travel to the Gold Coast for the 2018 Commonwealth Games, with most arriving through the airport."

The Airport, located about 25 kilometres south of Surfers Paradise, straddles the state boundary between Queensland and NSW and, according to 2015 figures, is the sixth busiest airport in Australia.

It was busiest airport outside a state capital and the third fastest growing in the country.

The Airport currently receives flights from all over Australia and New Zealand and several destinations from within Asia, including China, Hong Kong, Malaysia and Japan.

Deputy Prime Minister Truss added "the major redevelopment of the Airport will almost double the size of the terminal, expand the apron to accommodate five additional aircraft stands and incorporate four new aerobridges - a facility long awaited by travellers.

"Approximately 230 full time jobs will be created during construction, while an average of 180 additional full time workers employed once the expanded terminal is completed."