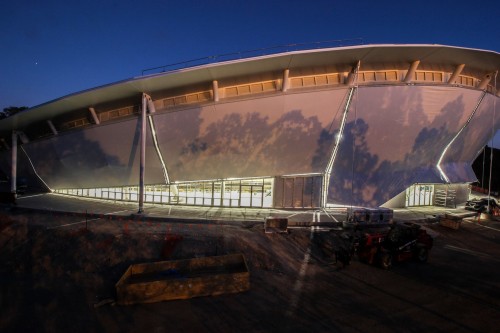 A review of security ordered by Australian Prime Minister Malcolm Turnbull in the wake of recent international terror attacks is likely to impact on the security costs of the Gold Coast 2018 Commonwealth Games.

Figures revealed in Estimates hearings in the Queensland Parliament show the estimated 2016/17 budget for the Counter Terrorism and Major Events Command is $11.6 million, up from $7.7 million in the previous year.

Beattie advised “of significant importance is the advice provided by the Queensland Police Service and Federal Government agencies.”

City of Gold Coast Mayor Tom Tate has also acknowledged that while security arrangements for the Commonwealth Games do not need to undergo a full review they may need to be updated suggesting alterations to any security plans could include looking at how crowds of people are dealt with when they leave competition venues.

Mayor Tate told the Sydney Morning Herald “It's more like an ongoing tweaking.

“For us to deliver the best Games, it also has to be incident-free."

Tate also believes the threat was worse for the Glasgow 2014 Commonwealth Games because it was “closer to Europe and has a higher population”.

He added “for us, where we are blessed is that we are on the other side of the world and traditionally we are a very safe country.”

In a statement, Gold Coast 2018 reiterated their commitment to a “safe and secure” Games, advising “Queensland Police have advised they are liaising with security agencies in Australia and overseas to inform about the on-going security planning for the 2018 Games.

“Security planning for GC2018 relies on lessons identified from similar events to a Commonwealth Games and advice from key partnerships.

“Of significant importance is the advice provided by the Queensland Police Service and Federal Government agencies.

“The Queensland Police Service and State and Federal agencies are committed to ensuring a safe and secure environment for the Games in 2018.

“Recent events such as G20 demonstrate the effectiveness of this process which will continue to provide direct access to experienced personnel and advice from partner agencies in Australia and internationally.”

Image shows the current state of construction of the GC 2018 velodrome at Brisbane's Sleeman Sports Centre.