A koala with fur the colour of the ocean and a passion for surfing and adventure today been revealed as the mascot for the Gold Coast 2018 Commonwealth Games™ (GC2018).

Borobi – the indigenous Yugambeh language word for koala – will play a key role in welcoming the athletes of the world and bringing to life the true spirit of the Games.

It is the first time a koala has been chosen as the mascot of a major Australian multisport event.

Inspired by a drawing by Brisbane school teacher Merrilyn Krohn, the winner of the GC2018 Mascot Design Competition, Borobi’s outgoing and positive personality will invite the world to Share the Dream™ of GC2018.

The mascot was unveiled on national television in an event at Burleigh Heads - exactly two years to the day ahead of the Opening Ceremony for the 2018 Games.

Queensland Commonwealth Games Minister Stirling Hinchliffe said Borobi has enormous appeal and is proving an instant hit, stating “Borobi is a very special and unique koala whose personality embodies all the values of the Gold Coast and the Australian way of life.

“He is fun, approachable, determined, passionate and active.

“There is no doubt he will become an endearing personality of GC2018 and hugely popular with people of all ages.”

Borobi’s hand drawn design took the judges’ eyes because of a number of unique characteristics.

That design was then finessed by Brisbane designers SapientNitro and animation specialists Cutting Edge. 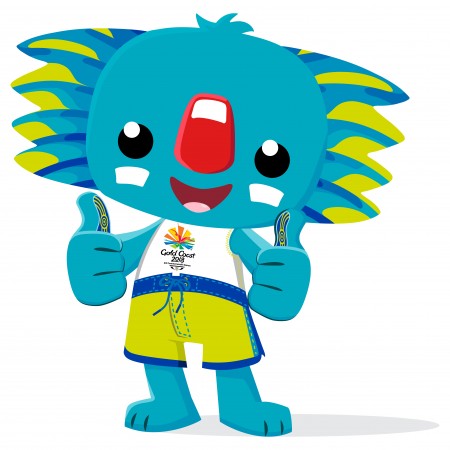 Winning designer Merrilyn Krohn said designing the mascot was “something I thought I could have a go at.”

Krohn stated “an idea came to mind as soon as I heard about the competition and I just spent the rest of the day drawing the design.

“I add drawings into my teaching. It’s part of connecting with the children and having a laugh with them.

“I need to have them draw for their inspiration and that leads on to their writing and their creativity.

“If I can demonstrate something to them through drawing, it all follows on from there.”

He added “mascots have become iconic symbols of the Commonwealth Games, providing an emotional connection between athletes, spectators and the community.

“When we challenged the Australian community to design the GC2018 mascot we were not only overwhelmed by the response and quality of the entries, but by the excitement that was generated by the very chance to create the personality of the Games.

“As the Commonwealth gets to know Borobi and his life story over the coming two years, they will be carried along on his exciting journey.

“And through him they will discover the wonderful values of the Gold Coast and the Australian way of life.” 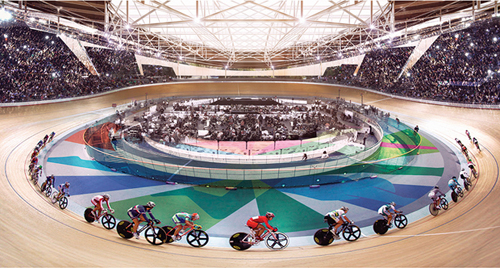 Being held from 4th to 15th April 2018, the XXI Commonwealth Games are set to be the largest in the event’s history.

Being staged on the Gold Coast, with additional events in Brisbane, Townsville and Cairns, the Games will welcome 6,600 athletes and team officials from 71 nations and territories to compete in 18 sports and seven para-sports across 11 days of exhilarating competition.

The year ahead is marked with key milestones including the announcement of the first official GC2018 Ambassadors and the development of the Queen’s Baton. The Baton reveal is scheduled for late 2016.

Three new venues that will host GC2018 sports are on track for completion before the end of the year, with the Carrara Sport and Leisure Centre, the Coomera Indoor Sports Centre and Queensland’s first indoor Velodrome in Brisbane delivering an early legacy and an opportunity for use ahead of the Games.

The super sound stage at Oxenford’s Studios that will host the squash competition is almost complete and given it is the largest sound stage in Australia will be a great asset to help attract big-budget blockbuster films productions to Queensland in the future.

Images: Games mascto Borobi (top and middle) and the Brisbane Velodrome (below).