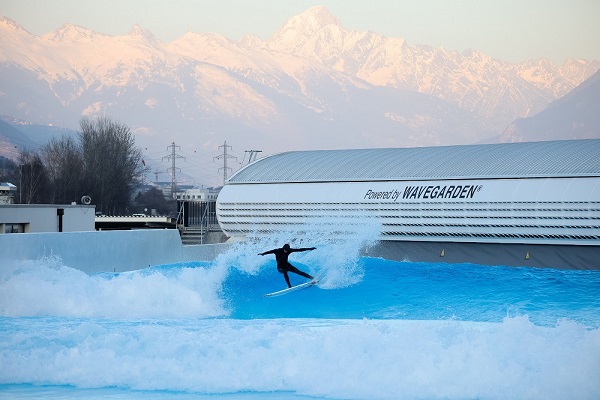 Ongoing growth and interest in surf park projects around the world is set to be discussed this week at the 2021 Surf Park Summit.

Being held online on Thursday 24th June, the event will feature speakers from around the world discussing the more than 50 active wave pool projects in progress around the world, and the technologies and investment decisions behind them.

Anticipating the growth in surf park development, Summit organisers advise “man made waves will be pumping everywhere in the next five years”.

Opened in late 2019, Australia’s first surf park attraction, URBNSURF in Melbourne, has weathered the Coronavirus crisis to become a landmark destination while, around the world, Wavegarden technology (as used at URBNSURF Melbourne) has also been used at the recently opened Alaïa Bay attraction in the Swiss Alps.

Located in the Swiss town of Sion, Alaïa Bay is the first commercial surf-focused wave pool in mainland Europe, and adds to the region’s reputation as an adventure sports hub with world-class skiing, snowboarding, freeskiing, skateboarding, BMX and mountain biking facilities operate in the nearby winter and summer resorts.

Rival technology from Endless Surf (a subsidiary of waterpark innovator WhiteWater West) will be used at the SURFTOWN® Munich (SURFTOWN MUC) development, with planning approval now given for Germany’s first surf park. 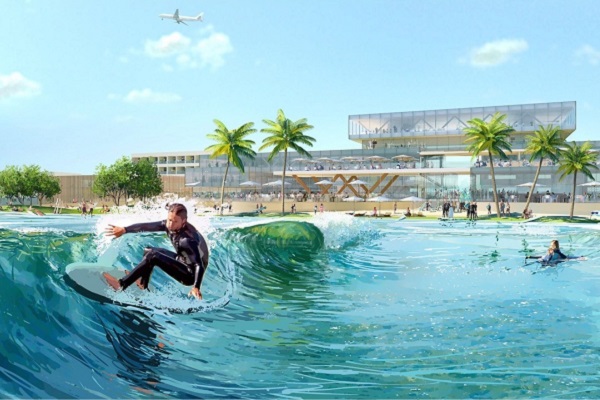 Adding on to Munich’s surf scene surrounding the world-famous Eisbach river wave, SURFTOWN MUC will offer authentic running waves that can be generated every 10 seconds for up to 180 metres, thanks to Endless Surf’s surf pool technology called Endless Surf.

To accompany the waves, the facility with include additional lifestyle amenities like fitness areas, food and beverage, surf and lifestyle retail, and lounge areas by the beach.

Breaking ground later this year, waves are expected to be pumping by 2023.

Endless Surf in Australia
Endless Surf technology is also to be used at The Club at Parkwood Village on Queensland’s Gold Coast (a development explored in a feature in the latest edition of the printed Australasian Leisure Management magazine) and is also planned to be incorporated in what will be Melbourne’s second surf park development.

Under plans lodged at the end of last year with the City of Kingston, artist renderings show the new attraction as featuring Endless Surf’s signature oval-shaped lagoon along with a waterpark, urban beach and retail and food options. 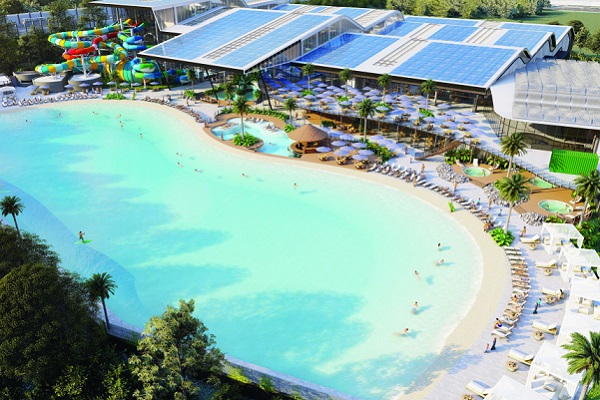 Privately-owned developer Pellicano has spent the past 18 months working through key items with Melbourne Water and VicRoads reaching “agreements in principle”, allowing the developer to lodge its plans with council.

In a similar fashion to the Palm Springs Surf Club revamping the Wet n’ Wild waterpark in the desert of Southern California in the USA, the Surf n Play Aqua Park will be built on the old site of Zagame’s Wild Water Park.

It has been suggested that the transformation of existing and even abandoned facilities into a surf park might be more easily approved by local councils rather than projects built from scratch on undeveloped land.

Pending approvals, the new attraction could be open in 2014.

Perth surf park developments now a two-horse race
Across the country, plans for a surf park attraction in Perth, first proposed in 2014, have reached a new phase.

Plans by URBNSURF to build a Wavegarden powered attraction at a site at Alfred Cove on the banks of the Swan River were halted after local objectors reversed prior planning approvals.

Australasian Leisure Management understands the two-parties (URBNSURF and a new venture head by former URBNSURF Director Andrew Ross) are now negotiating with the Western Australian Department of Planning over a new site in the suburb of Cockburn.

Click here to order your copy of the latest issue of Australasian Leisure Management.

Click here for information on the 2021 Surf Park Summit in the Australasian Leisure Management industry calendar.