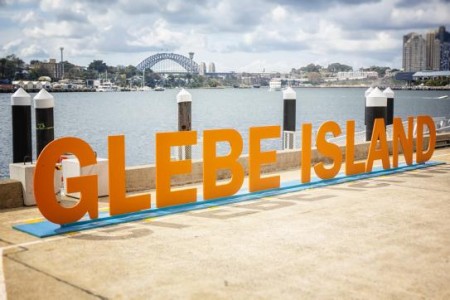 The NSW Government has announced that an interim exhibition venue will be built on Glebe Island to temporarily host exhibitions from December 2013 to late 2016.

The venue will be used during the construction of Sydney’s new convention, exhibition and entertainment facilities at Darling Harbour during that period.

"An extra 10,000 metres2 will be available for exhibitors to temporarily expand the space for larger exhibitions and trade shows."

The NSW Government expect that only part of the Glebe Island site will be required for the interim facilityand that it will co-exist with other port users.

NSW Minister for Planning and Infrastructure, Brad Hazzard added "the NSW Government has been consulting with the community and stakeholders on future uses through the Bays Precinct and this interim use of Glebe Island will see improvements including public transport access - likely to be a ferry service - to the site."

Minister Hazzard expects that the venue will boost the NSW exhibition industry, which generates more than $100 million into the NSW economy each year.

Infrastructure NSW is delivering the Sydney International Convention, Exhibition and Entertainment Precinct project at Darling Harbour for the NSW Government and has developed a Sydney-wide solution to ensure NSW's events industry stays number one during construction.

The proposal has been welcomed by the Exhibition and Event Association of Australasia (EEAA) which has been working with Infrastructure NSW to find a suitable interim venue with the capacity to stage major consumer and trade exhibitions throughout 2014-2016 while the new centre is being built.

EEAA General Manager Joyce DiMascio said it was good news that Sydney could stay open for business during the rebuilding of the centre at Darling Harbour and the industry looked forward to being fully briefed on the details of the site.

DiMascio explained "we are pleased the Government is committed to business continuity. Identifying Glebe Island Expo is an important milestone, but even more important now is getting the finer details and speeding up the process as this decision is months overdue.

"There are tens of thousands of people whose income is derived through the staging of exhibitions – the benefits also spill over to hotels, hospitality and retail all over the city. Exhibitions and events generate around two million visitors a year to Sydney so are crucial to the economy.

EEAA is pleased that some of the big events like the Australian International Motor Show has chosen to relocate to Sydney Olympic Park but the former Olympic venue does not have the space or suitability to host all displaced events. The NSW Government is still to outline its long-term plans for Sydney Olympic Park.

DiMascio added "the reality is that Sydney needs a dual precinct strategy for major events infrastructure – we welcome the Government's investment in the renewal of Darling Harbour and providing an interim site. In the future, we'd like it to also consider further improvements to Sydney Olympic Park."

Infrastructure NSW will soon issue a Request for Proposals (RFP) from companies interested in designing, building, operating and then removing the interim facility in 2016. The RFP will also include event-related food and beverage facilities such as pop-up cafes and restaurants.

Infrastructure NSW is investigating community, environmental and amenity issues as part of its application to the NSW Department of Planning and Infrastructure. For further information, visit www.siceep.com