Getting Australians Out Of Their Cars and More Active 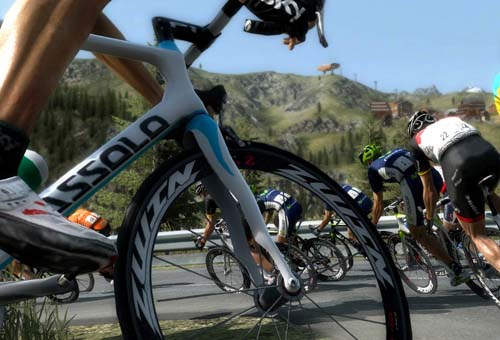 Organisations including the Heart Foundation, the Planning Institute of Australia (PIA) and the Australian Local Government Association have applauded the release of the Federal Government's active travel discussion paper.

Launched by Federal Minister for Infrastructure and Transport Anthony Albanese in Canberra this morning (29th October), the discussion paper, 'Walking, Riding and Access to Public Transport' sets out proposals to reverse the rising costs of urban congestion and encourage more Australians to use greener, healthier ways of getting around.

The discussion paper highlights the high cost that car dependency has on health and traffic congestion and how helping to build active, social communities through walking and cycling can benefit Australia. The report reveals:

The discussion paper continues debate that began last year with the launch of the 'National Urban Policy Our Cities, Our Future' and explores a range of ways to reduce the community's high dependence on the car, including better planning, new infrastructure and lifestyle changes.

Introducing the discussion paper, Minister Albanese stated "eight out of every 10 commuting trips are still undertaken by car.

"Getting more people walking and cycling, particularly within 20 minutes of transport nodes and economic and educational hubs, as well as catching public transport, will not only ease congestion on our roads and improve air quality, but also lead to better public health outcomes.

"Importantly, the ... discussion paper recommends a cooperative approach, with all levels of government working together with industry and the community to reshape our cities and encourage healthy lifestyles."

The Healthy Spaces and Places Coalition, a joint initiative between the Heart Foundation, the Planning Institute of Australia (PIA) and the Australian Local Government Association said it was encouraging to see the government prioritising and responding to active travel modes such as walking, cycling and public transport.

Healthy Spaces and Places Coalition spokesperson and PIA Chief Executive Kirsty Kelly, said the release of the discussion paper was a significant step by the government as it is the first ever federal report on active travel and shows the multiple benefits to health, wellbeing, environment, productivity and transport.

Kelly explained "recognition by the Government of the benefits of active and healthy forms of travel is welcome and we certainly support the discussion paper. Our hope is that this interest is soon turned into policy."

Heart Foundation Chief Executive Dr Lyn Roberts added "we know that people who engage in more active forms of transport, in the form of public transport, cycling or walking, are much more likely to get the recommended 30 minutes of physical activity a day, which has significant long term health benefits.

"Disturbingly, more than half of Australian adults are not sufficiently physically active to gain health benefits and is estimated to cause 16,000 premature deaths every year, robbing families of their loved ones."

Dr Roberts congratulated the Australian Government on delivering the first ever federal report on active transport encompassing walking, cycling and public transport, adding "this is a significant step as it is the first time the Federal Government has embraced active travel in a strategic, integrated way.

"We're also pleased that the report emphasises the benefits walking plays in active travel, especially in connecting with public transport, which has been undervalued for far too long."

Click here to view a copy of the discussion paper

The consultation period will run until 31st January 2013.