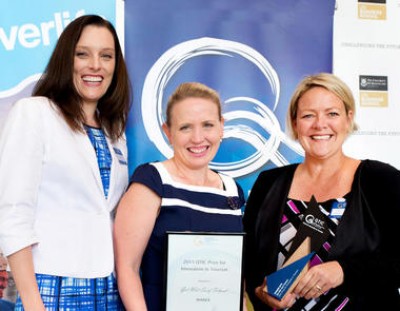 The Queensland Tourism Industry Council (QTIC) has recognised the state’s innovative micro and small to medium sized tourism businesses with the announcement of the annual 2015 QTIC Prize for Innovation in Tourism.

Gold Coast-based Get Wet Surf School was awarded the 2015 QTIC Prize for Innovation in Tourism and will receive $30,000 worth of business support and other prizes, including a dedicated PR Case Study by QTIC.

The runner up, online ticketing provider Local Tickets, will receive free membership to the EarthCheck International Certification program valued at $4,500.

Now in its third year, the QTIC Prize for Innovation in Tourism recognises micro* and small to medium* sized Queensland tourism enterprises that have demonstrated outstanding effort in innovation of products, services and processes in Queensland.

Courtesy of the Queensland Department of Tourism, Major Events, Small Business and the Commonwealth Games, Get Wet Surf School will receive $30,000 worth of business support and other prizes, including Stages 1 and 2 of the Velocis program delivered by the Australian Institute for Commercialisation.

QTIC Chief Executive Daniel Gschwind congratulated Get Wet Surf School and Local Tickets for their efforts to foster innovation within the tourism industry to support growth of the sector. 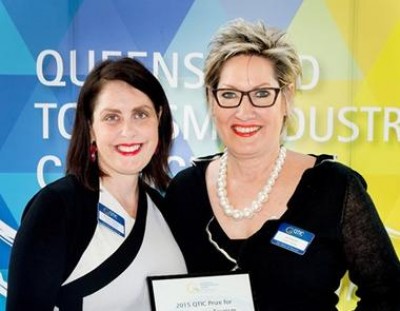 Gschwind stated “the QTIC Prize for Innovation in Tourism is an opportunity for Queensland tourism businesses to be publicly acknowledged for their dedication to develop products, services or processes designed to drive the industry forward.

“Tourism contributes $23 billion in expenditure to the Queensland economy and employs 241,000 people. The QTIC Prize for Innovation in Tourism reinforces the importance of continually innovating to drive a competitive industry.”

The 2015 QTIC Prize for Innovation in Tourism was judged by a panel comprising Ron Apelt from the Department of Tourism, Major Events, Small Business and the Commonwealth Games; Professor Trevor Grigg from Carisgold and Tim Eldridge from the Innovation Centre Sunshine Coast.

Gschwind said the judging panel chose Get Wet Surf School because the organisation’s business model was sound, well-researched, repeatable, and adaptable by other similar businesses.

He added “Get Wet Surf School introduced a clear, concise and repeatable innovation research process that enabled the business to review how they engaged with Chinese tourists and investigated how to further increase their market share of the leisure sector.

“These behaviour management techniques focused on managing Chinese visitors’ ‘fear’ of the surf and instilling knowledge of the beach environment and how surf water is formed. This helped boost the confidence of Chinese visitors and created a safer environment.”

In addition to Get Wet Surf School and Local Tickets, other outstanding tourism businesses that entered the 2015 QTIC Prize for Innovation in Tourism included:

Previous recipients of the QTIC Prize for Innovation in Tourism include the following organisations:

QTIC is the peak industry body for tourism in Queensland, acting as ‘The Voice of Tourism’. QTIC is a private sector, membership-based organisation which, since 2001, has worked to influence and shape the state’s tourism business environment.

Images: Award recipients in the 2015 QTIC Prize for Innovation in Tourism, Get Wet Surf School (top) and Local Tickets (below)