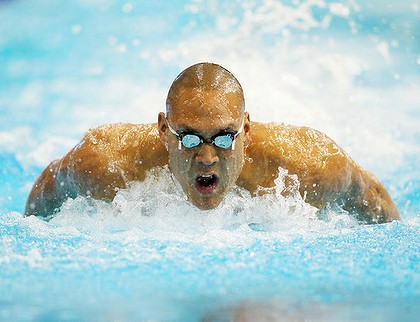 Former Australian Olympic swimmer Geoff Huegill has been suspended from his role as an ambassador for AUSTSWIM after his weekend arrest on drug charges.

Huegill and his wife were arrested by NSW Police for the alleged possession of cocaine in a private suite at Randwick Racecourse.

Huegill had been an ambassador for the peak water safety and training body for 10 years, but AUSTSWIM Chief Executive Gordon Mallet today (29th April) told the MailOnline that he "suspended" from his role.

Mallet added that the "regrettable", stating "at the moment we've suspended his activities for us, pending the outcome of further legal outcomes.

"The alleged incident is out of character but Austswim has zero tolerance and we've suspended the relationship to let natural justice take its course."

Mallet added that he had shared written correspondence with Huegill since the drug charge became public and that the former Olympic swimming star is "extremely upset and remorseful."

The MailOnline also suggested that it is uncertain whether Huegill will make an appearance alongside some of Australia's most prominent sports men and women at the inaugural Sporting Legends lunch in Sydney this Friday.

Huegill and his wife will face Waverly Local Court on 14th May charged with on drug possession.