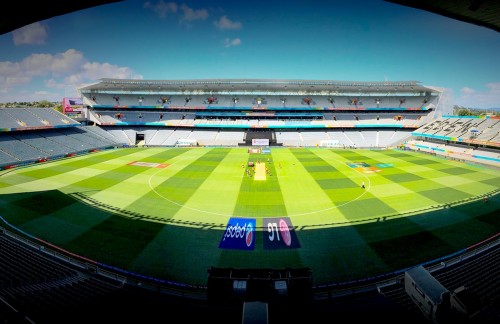 Eden Park has been named as home to the best international cricket pitch of 2016 in New Zealand at the New Zealand National Turf Conference Awards held in Auckland.

Christiansen says the award reflects the consistent work the turf management team has put in to the ground on the back of winning the domestic pitch of the year in 2015, explaining “we are delighted to have won this award.

“It is a sign of the commitment and dedication of our turf management team to the ‘Garden of Eden’.

“They are a brilliant bunch and very much deserve this award and I want to thank the entire team involved.”

Christiansen says every ground in the country has its own personality and his philosophy is he tries to prepare pitches so the best players excel.