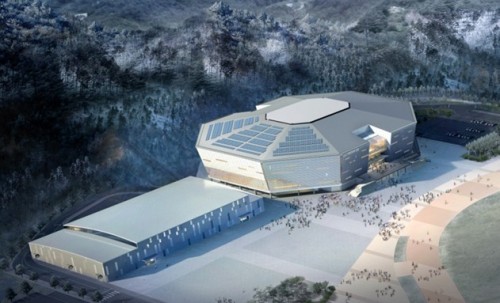 The South Korean city of Gangneung can become a centre for ice sports after the Pyeongchang 2018 Winter Olympic and Paralympic Games, the region's Vice-Minister of Culture, Sports and Tourism Kim Chong has claimed after a Memorandum of Understanding (MoU) was signed between relevant stakeholders.

The agreement, made between South Korea's Ministry of Culture, Sports and Tourism and the Gangwon Provincial Government, the Gangneung City Government and the Korea Ice Hockey Association (KIHA), will see Daemyung Holdings take over the management of the Gangneung Hockey Centre following the conclusion of the Games in two years’ time.

The venue will stage all men’s matches and the women’s finals.

Having taken over the facility, Daemyung Holdings plans to establish professional youth and senior ice hockey teams in a bid to grow the sport in the country.

The Ministry in the Province is hoping to also utilise the Gangneung Oval, which will host speed skating events during the Games, to help national athletes train for the 2022 Winter Olympics and Paralympics in Beijing.

The Gangwon Provincial Government and the Gangneung City Government will provide schoolchildren with ice sports activities during physical education lessons, while the KIHA is set to relocate its headquarters to the region from capital Seoul.

The news provides a boost for organisers after legacy was one of the key topics discussed at the recent visit of the International Olympic Committee Coordination Commission to Gangneung. 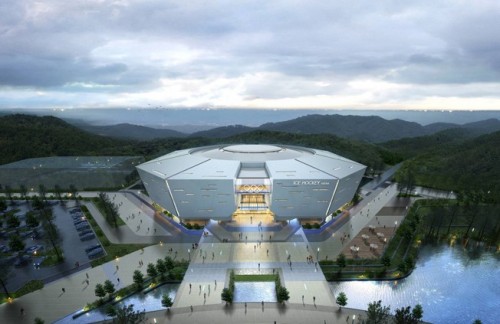 It was revealed during the three-day meeting that discussions have taken place concerning the Gangneung Oval changing from a temporary to a permanent facility after the event.

The facility was expected to be demolished but "positive" talks have been held about ensuring a future legacy for the venue.

However, concerns had been raised that the facilities on the Gangneung Olympic Park are too similar to be used as multi-purpose arenas, prompting organisers to consider alternative uses.

Minister Kim stated "with this agreement, the local governments will be able to reduce their financial risk and it is expected that the hockey rink will be efficiently managed by a private enterprise.

"Developing the city as a centre for ice sports, in cooperation with the Central and Local Government, the sports associations and private sector can also bring sustainable development to the local community."

Images: Artist's impresssions of how the Gangneung Hockey Centre will look when complete.