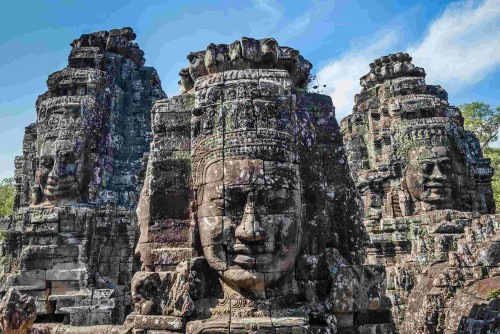 The Cambodia Government has signed an agreement with the United Nations Educational, Scientific and Cultural Organisation (UNESCO) to assist in safeguarding Angkor Wat, the country's prestigious World Heritage site.

The deal was agreed between Cambodia's Deputy Prime Minister and Minister in charge of the Council of Ministers, Sok An and UNESCO Representative to Cambodia, Anne Lemaistre.

Rome University's Professor, Valter Maria Santoro, who heads the Italian technical mission for stone consolidation in the temple, said the two-year project will focus on the restoration of a moat embankment at Angkor Wat.

The Minister stated "the Italian government, through UNESCO, has been involved in helping to safeguard Angkor Wat Temple since 1994, (this) the continuous support signifies a further cooperation between Cambodia, UNESCO and Italy."

Currently, Cambodia has been collaborating with 14 countries and 28 international teams who are handling 60 different projects to preserve and restore the temple.

The temple was designated a World Heritage Site by UNESCO in 1992.

From January to June this year, 1.06 million international tourists visited the temple, with visitors from South Korea, Vietnam and China topping the list.