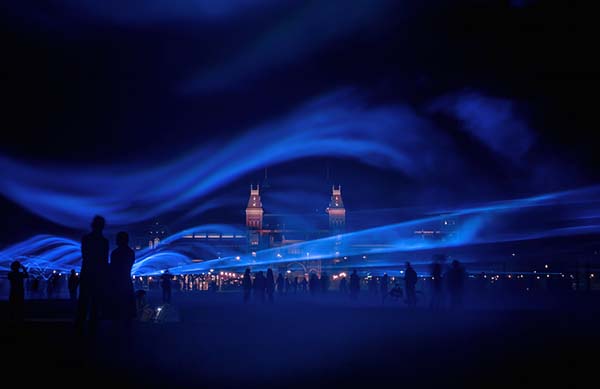 Fremantle Biennale has announced the second edition of the city-wide contemporary art program UNDERCURRENT 19, which showcases experimental site responsive work from established and emerging artists from across the world.

Opening UNDERCURRENT 19, the Fremantle Biennale will present the internationally acclaimed light installation Waterlicht by Studio Roosegaarde founded by Dutch artist Daan Roosegaarde. Marking the first time the studio has presented this work in the Southern Hemisphere, the installation calls attention to rising water levels and the climate change crisis.

Now running for three weeks from 1st-24th November 2019, the Fremantle Biennale will also present 15 new commissions including large-scale artworks, installations, architectural pavilions, performances and group exhibitions realised in new and found sites across the port city. Over 40 local, national and international artists will respond to the history, landscape and communities that make-up Fremantle to reveal and celebrate the cultural, social and historical distinctiveness of the port-city in Western Australia.

Founded in 2017, the Fremantle Biennale is a distinct visual arts program that celebrates and builds on Fremantle's history and reputation as a creative city through the presentation of internationally recognised and experimental site-responsive contemporary art practices. The first incarnation HIGH TIDE 17 ran for two weeks in November 2017 with work from over 35 international, local and national artists. The program included the first major commission in Australia by Swiss artist Felice Varini, Arcs d'Éllipses, an installation stretching 800 metres along Fremantle’s High Street. UNDERCURRENT 19 is the second edition of the Fremantle Biennale and will this year expand to a three-week program.

Fremantle Biennale Co-Founder and Artistic Director Tom Mùller noted: “Art has always been a fundamental component of Fremantle, with its creative community almost as renowned as its port. The Fremantle Biennale builds on this reputation and following the success of our first edition, we are thrilled to expand the program to run for three weeks in November. Artists from across Australia and the world will respond to the transience and transitional flow of Fremantle as a port town through a variety of different artistic practices. All art forms will inform and be informed by the space and history of Fremantle, whilst also addressing key topical issues of today.”

Internationally-renowned Studio Roosegaarde founded by Dutch artist Daan Roosegaarde will present the large scale light installation WATERLICHT, marking the first time the studio have presented this work in the Southern Hemisphere. Illustrating the universal power and poetry of water, cascading waves of blue light will be projected in Esplanade Park, simulating a virtual flood and calling attention to rising water levels along Fremantle’s shoreline. The work will embrace the unique physical features of the site, acknowledging its past as reclaimed land and a significant site for the Whadjuk people.

A major new commission by WA artist Bennett Miller, Behavioural Ecologies (Red) is a series of interventions, installations and live performances that take place across multiple sites throughout Fremantle. The work is conceived of as a ‘roving tableau’ that responds directly and indirectly to the unique formal, topographical and historical qualities of the port city.

A resort like no other will be built on South Mole in a major living installation created by The Commonwealth of New Bayswater led by Perth artist Jessee Lee Johns. South Mole Resort will consist of several temporary bungalow like structures, set within the industrial environment of the working port.

Combining film and commissioned performance, Pearls and Blackbirds by Australian artist and curator Kelsey Ashe Giambazi examines both dark and light undercurrents of Western Australia’s historically significant pearling industry through contemplation of the lives and stories of female Indigenous pearl divers and Japanese migrants who traversed through the port of Fremantle and Northern WA in the late 19th century. Filmed underwater in the seas around Western Australia, this work includes true stories acknowledging instances of human spirit and resilience. 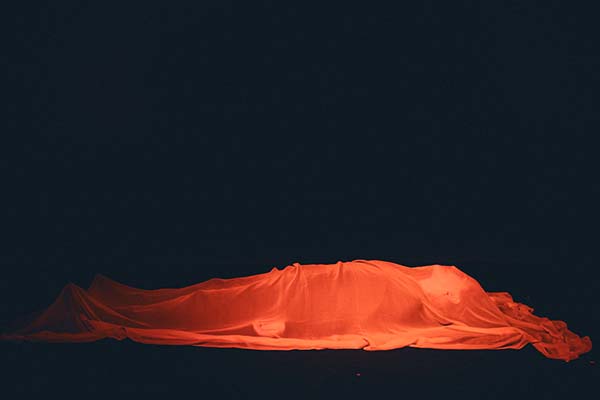 Somnus, a duration theatrical installation by Theatre of the Sea blurring the boundaries between art and ritual, performers and audience, waking and sleeping states. Incorporating elements of poetry, movement, stage design, sound and site activation, Somnus will take place over a period of three days and is staged as both an experiential work inquiring into the nature of sleep, and as ritualised spectacle, addressing the endangered status of sleep in a world rife with insomnia.

Japanese artist Kayako Nakashima will intervene with the architectural fabric of the Old Customs House for Sleeping with the Sun. By drawing and manipulating natural light into a dimly lit space, she will reimagine the internal void of the significant building, transforming the space into a sea of sunlight.

Radar, a new contemporary dance work by Brooke Leeder & Dancers in collaboration with musician Louis Frere-Harvey and lighting designer Nemo Gandossini-Poirier, will merge dancer, light, live music and electronic tracks in a performance exploring the connection between sirens, sound and human movement in response to the nature of the inner port.

Australian Contemporary dance artist Sete Tele and Canadian interdisciplinary artist Lisa Hirmer respond to the precarity of water systems around the world in a new participatory project Drinking Water. The multifaceted work examines the movements of water relative to human life, at the scale of the body, inter-human and human-place relationships, and at the scale of the planet.

Australian Composer Lawrence English will create a new sound work for the internal volume of the HMAS Ovens Oberon Class submarine at the WA Maritime Museum. Standing Wave is a sound work echoing from within the submerged politics of the cold war; exploring variable pressure, material acoustics and the intensities of resonance.

UNIT, a trail of architectural and landscape installations on 13 selected waterfront sites within the Victoria Quay, Bathers Beach and Fishing Boat Harbour at Fremantles’ western edge. The set of 13 sites are located on the ocean side of the original shoreline of this part of the river mouth and form the foundation of the narrative of ‘Unit’.

A program of public tours, education programs and public programs will also run alongside the program.

The full program with dates and locations can be viewed at www.fremantlebiennale.com.au