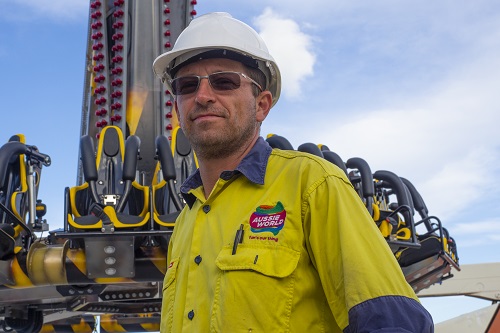 The man responsible for installing and upgrading new rides and attractions at Aussie World believes the theme park is well on its way to becoming one of Australia’s leading attractions.

Aussie World’s Head of Engineering Alex Casarotto learnt his craft as an electrician and electrical engineer in his native country of Italy working with acclaimed ride manufacturer Zamperla - renowned globally for their high quality family and thrill rides.

Casarotto explains “I was fortunate to spend a number of years with Zamperla and during that time I visited over 200 countries working in some of the world’s leading theme parks including Disneyworld in California, Europark in Germany, Melton in the UK as well as two years working at OCT Park in Shanghai.

“I also spent three years in North Korea working to restore 25 rides at two theme parks, that experience was both challenging and daunting but also invaluable.”

Casarotto joined the Aussie World team in March 2016 and during that time his team has been responsible for the total rebuild of five rides and the installation of four new attractions including the Bombora, Speed Stars, Toot Toot train and the Wasp. 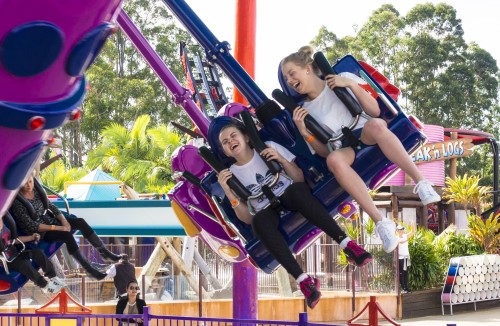 He advises “we are currently in the process of installing the region’s first ever Tier 1 ride with the Typhoon 360 due to open this summer. There’s no doubt that this ride will transform the theme park and attract a much wider audience wanting to experience extreme thrills, including being catapulted up to 80km per hour and 11 stories in the air.

“The Typhoon 360 will be located on top of a two storey ‘cliff’ at the highest point of Aussie World and will be highly visible to motorists from the highway, it is the latest extreme novelty in the swing rides class and I’m proud to say that it will be an Australian first, so we anticipate we will have visitors from across the globe wanting to experience this ride.

“We are in the midst of creating something really spectacular here at Aussie World, the theme park will be totally transformed over the next five years, it will look different, but our goal will be to continue to ensure that all our guests have a full day of family fun.”