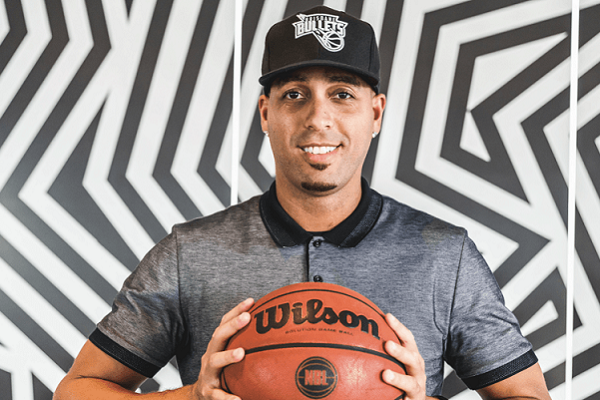 The Brisbane Bullets have announced that ex-NBA player, Kevin Martin, and former Memphis Grizzlies Chief Executive, Jason Levien, will lead a new ownership group to take over the club.

The deal means the Bullets will be the third club in the league with an American ownership group, with another former NBA player Matt Walsh (NZ Breakers) and Romie Chaudhari (SEM Phoenix) also involved in the league.

The ownership group will have a call option over the remaining 25%, which will continue to be held by the NBL for a further two years.

Levien also lead the ownership groups of the Philadelphia 76ers and the Memphis Grizzlies and has interests in various other sporting franchises and venues globally, including football’s Swansea City and D.C. United.

Explaining the move, Martin (pictured), who played 714 games in a career spanning 12 seasons in the NBA, stated “we are thrilled to announce our investment in the Brisbane Bullets and to get started as a steward of this tremendous organisation.

“We have been searching for a couple of years for the right opportunity to invest in a team in a premier basketball league outside of the United States, and we are delighted to be joining a league that is truly considered one of the best in the world on every metric.

“Both the basketball and the business proposition stack up for us and we couldn’t be more excited to be a part of that.

“I am appreciative and humbled that the NBL have been so trusting and supportive of me and my backers, and I am looking forward to working collectively to help ensure that both the Bullets and the league realise their vast potential.”

NBL Owner and Executive Chairman, Larry Kestelman, added “we are delighted to welcome Kevin and the new ownership group to the NBL.

“Their investment is a great endorsement of the NBL which we believe is now the second-best league in the world after the NBA.

“We have been working towards a new ownership structure since we brought the Bullets back into the NBL in 2016.

“The club has spent the last three years re-establishing a strong presence in Brisbane both on and off the court.

“With Kevin, a new management team and a strong on-court team led by Boomers coach Andrej Lemanis, we believe the club is in now in a very strong position as it moves into a new venue at the QSNC this season.”

The Bullets' season starts with an away game against the Illawarra Hawks at WIN Entertainment Centre this Sunday, 6th October.