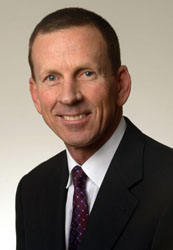 The Board of Sport SA has announced the appointment of Michael Wright, the former South Australian Minister for Recreation, Sport and Racing, as its new President.

Expressing “delight” at the appointment, a Sport SA statement explained “Michael has an outstanding background and passion for sport including extensive involvement at all levels, complemented by his roles as a Minister in Labor governments.

“His knowledge of the industry and government will be an asset to Sport SA members in the advocacy role for the sport and recreation organisations.

“Michael is highly regarded by sport and the community and succeeds John Dicker APM who retires from the Board after outstanding service to Sport SA and the entire industry.”

Dicker was acknowledged for presided over the strong growth of Sport SA and was thanked for his hard work over the years.

Sport SA looks forward to continuing involvement from Dicker and also thanked Lesley Bartlett who retired from the Board after great service and support to Sport SA since 2001.

Sport SA Chief Executive Jan Sutherland is pleased that Wright will drive the next phase of Sport SA, stating “Michael brings a wide range of skills to the leadership role through his knowledge and experiences,

“He has an excellent understanding of the South Australian sporting landscape including the challenges and issues and I am looking forward to working with him for sport.”

For more information go to www.sportsa.org.au