Footprint of Australian Open set to expand in 2020 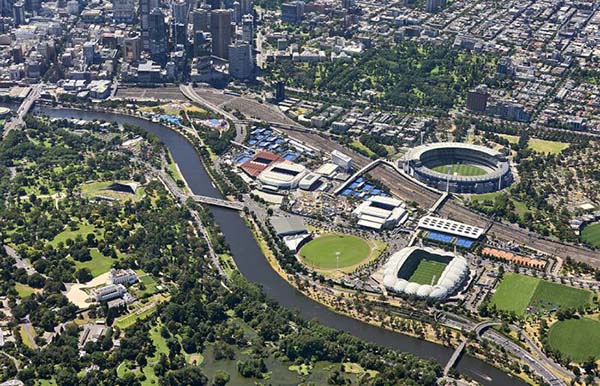 Tennis Australia has advised that the Australian Open in 2020 will achieve a decade-long goal in officially connecting the site with Federation Square in the centre of Melbourne, through Birrarung Marr and Melbourne Park, all the way to Richmond Station.

Australian Open Tournament Director Craig Tiley reflected on his long-term goal of expanding the footprint of the event at the official launch of the Australian Open.

“The Australian Open really takes over the city, and Melbourne embraces the event with more enthusiasm and excitement than any of the other Grand Slams.

“The players love the Australian Open’s proximity to the city, and we always strive to maximise that and ensure the site is as accessible as possible to both the city and Richmond.

Tiley noted: “Starting the Australian Open experience at Federation Square has always made a lot of sense to us and has been part of our long-term strategy for many years. We have been getting closer and closer every year.

Tiley added: “This is the best sport and entertainment precinct in the world – bar none – and we want to represent it appropriately. We first moved into Birrarung Marr in 2016, before the opening of Tanderrum Bridge effectively turned the Melbourne Park precinct towards the city in 2017.

“Now, with the addition of Fed Square, we are bringing this vision to life.”

The huge footprint and sheer size of the precinct – the biggest in Grand Slam tennis – will further cement the Australian Open’s reputation as one of the most fan-friendly sports and entertainment events in the world.

Federation Square will be a major focus point during the tournament, with a free live site celebrating the best of tennis, with all the action live on the big screen, along with Melbourne’s best food and entertainment.

Deakin Edge will host year two of the Australian Open Kids Club childcare program, running daily from 10am to 9pm throughout the tournament. New for 2020 is a ‘Date Night’ service from 6pm to 9pm, allowing busy parents to experience the Australian Open after dark. 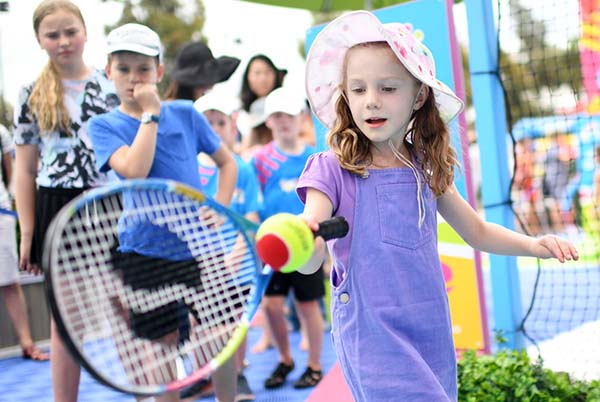 The Australian Open Ballpark, presented by Emirates, doubles in size in 2020, and takes over both the Upper and Lower Terrace at Birrarung Marr, with activities on offer for kids of all ages, including ANZ Tennis Hot Shots courts, zip lines, kart racing, super soakers, live entertainment and family friendly food offerings.

The Australian Open Live Stage is also back, with the return of the sensational giant shade structure and super-sized water misters, more seating and delicious new food offerings.

Fifteen days of music at the Australian Open Live Stage will kick off with a new Girls Day Out concert on Sunday 19 January, with the all-female line-up to be announced soon. British rocker Billy Idol will perform on Wednesday 29 January with the rest of the line-up to be revealed in November.

The Practice Village, a new world-class fan experience, will bring tennis enthusiasts even closer to the big name stars as they prepare for their matches. The practice schedule will be easily accessible via onsite LED display screens and the new and improved Australian Open app which will help fans plan their day.

The new Practice Village will be established at the National Tennis Centre end of the site and will include new viewing platforms, more seating and shade, along with a variety of family-friendly food options.

Fans will be able to plan when and where they can watch the top players, including home-grown French Open champion Ashleigh Barty and rising star Alex de Minaur, record-chasing Serena Williams, defending champion Naomi Osaka and legends of the men’s game Roger Federer, Novak Djokovic and Rafael Nadal, as they prepare for their matches.

The Richmond entrance, easily accessible from Richmond Station, will be the major gateway to the Practice Village and eastern end of the precinct.