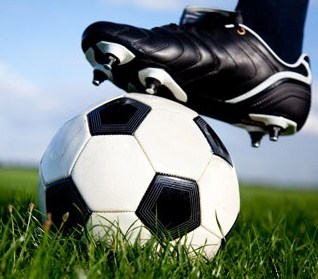 During a winter when the FIFA World Cup dominated world sport, the numbers of New Zealand youngsters chasing their own football dreams continues to swell.

With senior player numbers sitting at 25,000, a figure that has remained stable over the last four years, football’s wide-ranging appeal shows no signs of slowing.

New Zealand Football’s newly appointed Community Football Director Cameron Mitchell says the sport is continuing its rapid growth at grassroots level after the national alignment of the code in 2011 under the Whole of Football Plan.

Mitchell explains “the growth we’re seeing in the junior game in New Zealand reflects football’s position as the biggest participation sport in the country.

“The Junior Framework under the Whole of Football Plan has improved the experience for our young players and we’re beginning to see the benefits of that in the retention of players into youth football.

“With young people accounting for 70% of our player base, the future of the game in New Zealand looks bright with our wide range of aligned national programmes beginning to bear fruit.”

The re-aligned Junior Framework of the Whole of Football Plan is the centre-piece of the programme with a national curriculum delivered up and down the country which is tailored to the needs of the players at the appropriate age.

Installed after meticulous research into best practice development programmes in top-ranked football nations around the world such as Holland, Germany and Japan; the Whole of Football Plan focuses on maximising the time our young stars spend with a ball at their feet – right down to individually planned training sessions.

Under the plan, regional structures and staff have been employed to deliver a range of player programmes across recreational and talented player pathways with a nationally aligned Federation Talent Development programme, girls and women’s leagues, futsal and other opportunities built into the landscape to sit alongside a young players’ regular club and school experience. 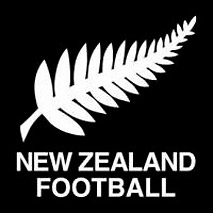 Mitchell, who previously served the game at grassroots level as Chief Executive of both the Waikato Bay of Plenty and Northern Football Federations, says the game is ready to leap forwards in New Zealand with several examples around the world of a similar approach paying dividends.

He adds “when the Whole of Football Plan was established, it saw our game make a large investment in developing a stronger base at grassroots level.

“That better platform will allow us to launch forwards as we push to produce more players and more teams more often who are better prepared and capable of producing regular success at the top level of what is a truly global sport.

“When you look at the recent top level rise of nations such as Belgium; who have installed a nationally aligned, long-term development philosophy of their own, the rewards can be significant for the sport in general and for individuals.

“After several years of our plan in operation, we’re beginning to see the signs of our strategy paying off in both technical development and participant number terms.

“The challenge now is to continue that excellent work with a similarly structured approach in the youth football bracket as our youngest players move into their teenage years – a key time in the development arc of our future All Whites, Football Ferns and Futsal Whites.”

For more information go to www.nzfootball.co.nz