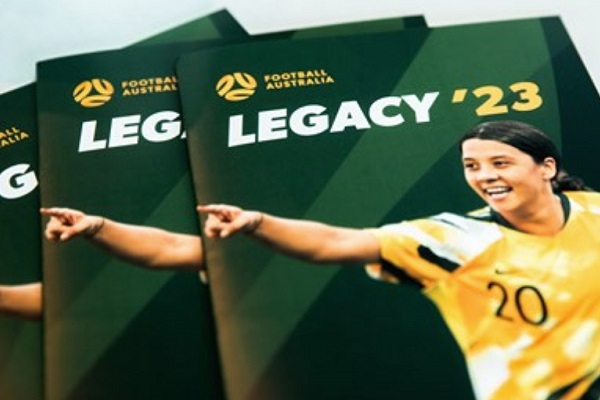 Football Australia’s plan to deliver immediate and long-term benefits and economic impact from Australia’s co-hosting of the FIFA Women’s World Cup 2023 has today seen the body present the game’s Legacy ‘23 plan presented to Ministers, Senators, and Officials of the Federal Government at Parliament House in Canberra.

With Australia to co-host the 2023 tournament with New Zealand, Legacy ‘23 is an ambitious plan to realise enduring and exciting benefits as a result of hosting the biggest sporting event on Australian soil since the Sydney 2000 Olympics.

The Legacy ‘23 plan - linked to Football Australia’s 15-year vision for the sport embodied within the XI Principles released last year - covers five key pillars and provides the blueprint for the domestic and international football community, all levels of government and corporate Australia, to ensure the full range of opportunities presented by the FIFA Women’s World Cup 2023 are maximised.

Some of the initiatives in the legacy plan include developing a national Indigenous program alongside an Indigenous advisory council, expanding youth national teams to every age level from under-15s to under-19s, hosting Pacific ‘Four Nations tournaments to assist Oceania-based nations to prepare for World Cup qualification, and up-skilling 1,000 women coaches and referees at the Australian Institute of Sport.

There are also plans to form an international business club and to partner with Tourism Australia, increasing the number of youth and senior national team games, hosting large-scale women in football conferences and leadership programs, and establishing a female community football facilities legacy fund.

Introducing Legacy ’23, Football Australia Chair, Chris Nikou stated “in June last year, the nation united as one when Australia was announced as a co-host of the FIFA Women’s World Cup 2023, but that was just the beginning. Now football, together with all levels of Government, is aiming to work hand-in-hand to truly realise the benefits of hosting the global event, which in 2019 secured over 1.2 billion television viewers.”

Presenting the plan to Ministers, Senators and officials at Parliament House, Football Australia Chief Executive, James Johnson noted “we view Legacy ‘23 as a long-term project extending far beyond the tournament’s final whistle. We are determined to elevate the women’s game to even greater heights, and ultimately for Australia to become the centre of women’s football in the Asia-Pacific region. To do this we have identified several time critical initiatives to kick-start Legacy ‘23 which are aligned to our XI Principles and focus on high performance, participation, and international engagement.”

“These projects include unlocking support for Tony Gustavsson’s Westfield Matildas through the funding of increased matches for the team in the lead up to the tournament, supporting the pipeline of talent and competitive depth for the Westfield Matildas via a world class program for the Young and Junior Matildas, expanding Football Australia’s Club Development Officer Program to retain and encourage more women and girls to play football and engage in sport, and assisting Government with its Sport Diplomacy 2030 strategy through our international football activity.

“Over 40 years ago our Australia’s senior women’s national team played their first ‘A’ international at Seymour Shaw Park. They were part of a movement for women’s football in Australia, and we now stand here only a few years away from hosting the biggest tournament in women’s sport. Legacy ‘23 is our opportunity to shape new dreams, inspire Australians and together write a new chapter in Australian history.”. 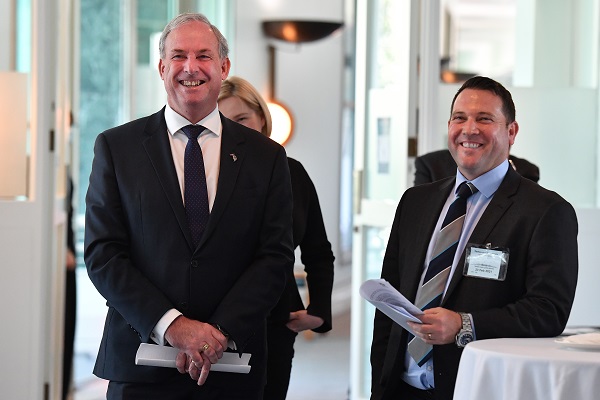 Walsh added “by working with Government to expand the reach and impact of football, which is Australia’s most diverse and largest club participation sport, we can create more economic, health and social benefits for Australians and unlock potential by authentically engaging women and girls, First Nations peoples, culturally and linguistically diverse communities, and people of all abilities and age.

“It is startling that only one in five football facilities in Australia have female change rooms, and 46% of grounds do not have adequate lighting. Together we can help remove the barriers to female participation and accelerate growth at all levels of our game to create positive, thriving communities across Australia.

“Support for our projects will help Football Australia reach its target of 50:50 gender balance in participation by 2027, and to do that we need to create over 400,000 more opportunities for female participants.”

Football Australia’s Legacy ‘23 plan includes major infrastructure projects including the development of a National Home of Football, as well as the Football Victoria State Football Centre/Home of the Matildas project in Melbourne. Further projects around the country would be planned and delivered through the creation of a Female Football Community Facility Legacy Fund.

More detail on Football Australia’s ambitious Legacy ‘23 plan can be accessed at www.footballaustralia.com.au/legacy23.