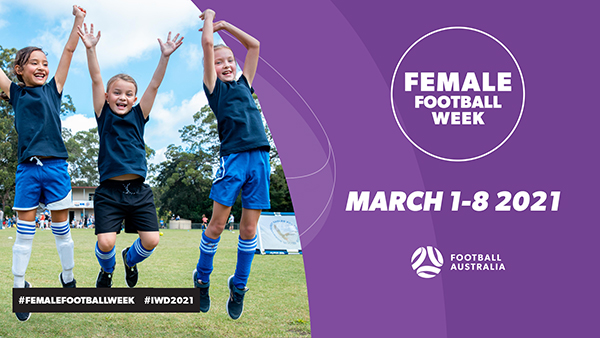 Football Australia are celebrating Female Football Week this week by sharing a range of educational and informative factsheets and seminars to assist with the growth and development of female coaches, referees, administrators, volunteers, and clubs.

Legacy ‘23 is Football Australia’s plan to deliver immediate and long-term community benefits and economic impact from Australia’s co-hosting of the FIFA Women’s World Cup 2023™ – the biggest sporting event on Australian soil since the Sydney 2000 Olympics.

Football Australia Chief Executive, James Johnson said Female Football Week is an important event in the Australian Football calendar as it provides the organisation and the broader football community with the opportunity to increase the visibility of women and girls in the game, promote strategies to increase women’s representation, and champion the advancement of the sport from the MiniRoos to the Westfield Matildas.

Johnson adds “Female Football Week 2021 is as important as ever given the stated and sharp focus that Football Australia has on women’s football and the development of women and girls in football.

“Many of our initiatives throughout the coming week are aligned with key measures in our XI Principles for the future of Australian football and support our efforts to demonstrate to stakeholders the importance of creating a more supportive and inclusive environment for women and girls in football in Australia.

“Football Australia is targeting continued growth and 50:50 gender balance in participation by 2027. We believe Female Football Week provides the game with the platform to accelerate growth and achieve that target by recognising the important role women, together with men, play in delivering women’s football, and by showcasing that football is an inclusive and welcoming sport for women and girls from all communities, ages and abilities,” he said.

“Over the next week the Female Football Week campaign aims to provide the community with the platform to celebrate the achievements of players, coaches, administrators and officiators.

Hosted by Stephanie Brantz, the panels will focus on Leadership and Development in the modern era, and feature international and domestic executives, coaches and match officials.

Walsh concluded “as an organisation that aspires to think local but act global, we’re thrilled that we can produce content with, and access insights from, change agents at the highest levels of football to share with Australia’s passionate football community. This is an important part of our mission for Australia to become the centre of women’s football in the Asia-Pacific region.” 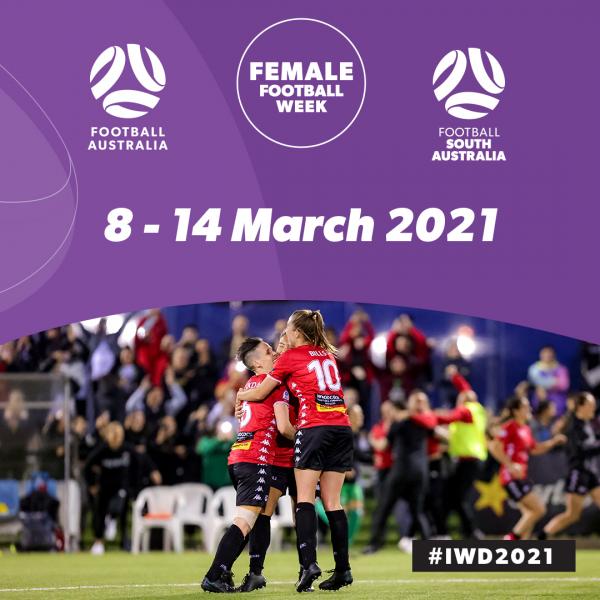 From 8th to 14th March, Football SA will be delivering stories and a variety of content to highlight the important role females play at all levels of the sport.

Football South Australia's newly appointed Women's and Girls Competition Manager, Marie Spagnoletti, is looking forward to celebrating the game next week and notes “with the FIFA Women’s World Cup on home soil fast approaching, Women’s and Girls Football is growing as quickly as it ever has before, and this is thanks to key stakeholders within the game which we look forward to highlighting next week.

“With the Junior Season starting next weekend, plus two senior pre-season tournaments starting in the coming month, the week comes at a great time.”