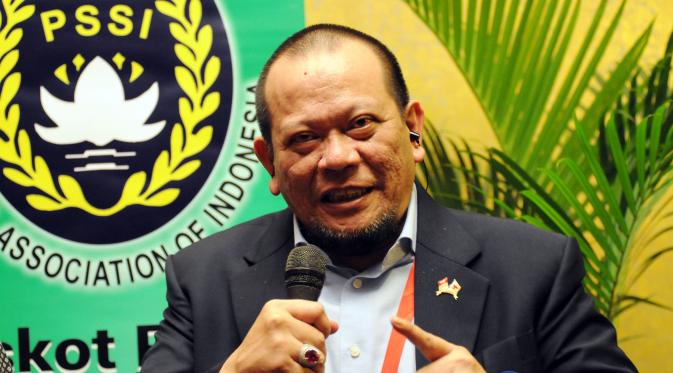 The PSSI was suspended by world football body FIFA last May following a row with the Sports Ministry of Indonesia.

The Government tried to replace the existing governing body, plagued with allegations of corruption and mismanagement.

This was a necessary step for the future of the sport in the country, they claimed.

FIFA, who are strongly against political interference within its member associations, banned the PSSI after the Government refused to lift their suspension of the PSSI.

Matallitti (pictured) was arrested following allegations he misused grants from the Indonesian Chamber of Commerce and Industry.

However, the 56-year-old has denied any wrongdoing insisting he will not resign from his post.

Matallitti told iNews “I believe this allegation has something to do with my position in PSSI," he Matallitti.

"I will not resign unless (PSSI) voters want me to."

Indonesia and Kuwait are currently banned from FIFA activities and tournaements and were unable to vote in last month's Extraordinary Congress in Switerland when Gianni Infantino was elected to replace Sepp Blatter as President.