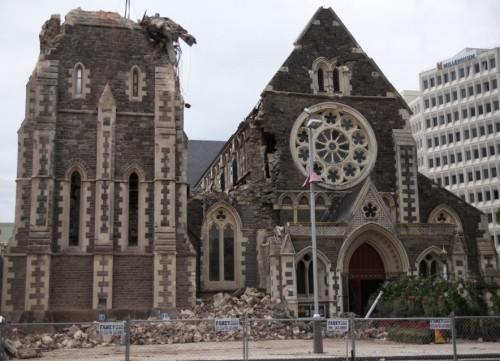 A civic memorial service has been held in Hagley Park's Botanic Gardens to mark the fifth anniversary of the 2011 Christchurch earthquake.

Hundreds gathered for the service at midday on Monday 22nd February on the Botanic Gardens Archery Lawn - which included a minute’s silence at the time of the earthquake - 12.51pm.

The service, to offer support and encouragement for the future, commemorated the 6.3-magnitude earthquake on 22nd February 2011 that devastated the city and killed 185 people.

Among dignitaries attending, Christchurch Mayor Lianne Dalziel explained "this is an important event for the Christchurch community to reflect on what happened the day of the earthquake but also look at how far we've come. We are honoured to have the Governor-General attend the commemoration service, especially as it is the fifth anniversary."

After the service, people threw flowers into the Avon River, at the Daffodil Woodlands Bridge, near the Peace Bell in the Botanic Gardens, as part of the River of Flowers event coordinated by the Avon-Otakaro Network.

Christchurch’s leisure landscape was radically transformed by the earthquake.

The QEII Park facility and Christchurch Convention Centre were so badly damaged that they have been demolished while the city’s Lancaster Park (the former AMI Stadium) stands damaged and likely to be also be flattened. 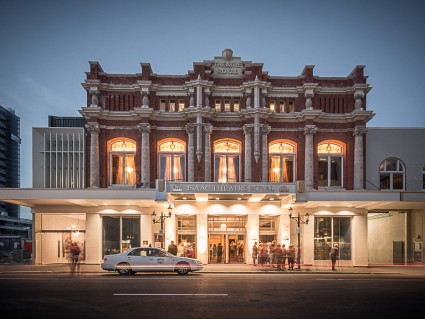 However, other key infrastructure has been refurbished an earthquake strengthened with the Isaac Theatre Royal reopening in 2014 and the Christchurch Art Gallery reopening before Christmas last year.

Christchurch's temporary AMI Stadium, constructed in less than 100 days after the February 2011 earthquake and originally planned to have a lifespan of five years, is also able to host major sporting events and is expected to be city's main sporting venue until at least 2022.

Work is currently underway on repairing the Christchurch Town Hall performing arts venue while a new metro sports facility and Christchurch Convention Centre are in advanced stages of planning.

Five years on from the earthquake, Christchurch has undergone a massive transformation, reinventing itself as a place full of creative personalities, innovative projects, state of the art architecture, and a booming hospitality scene.

The investment in new infrastructure and earthquake strengthening has paid off for Christchurch. The test came on Valentine’s Day when an aftershock caused minimal damage and proved that the city’s rebuild is on the right track.

Images: The damaged Christchurch Cathedral (top) and the refurbished Isaac Theatre Royal (below).