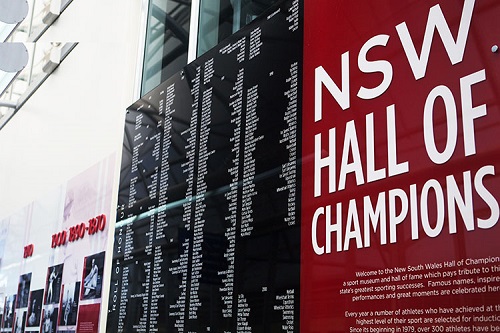 Five NSW sports greats are to be inducted into the NSW Hall of Champions at the upcoming NSW Champions of Sport Ceremony at Rosehill Gardens on Tuesday 27th November.

Attended by the elite of NSW sport, the Awards celebrate the achievements of NSW athletes, coaches, administrators and organisations across 13 Award-winning categories.

Since 1979, 372 sportsmen and women representing 55 sports have been added to the Roll of Honour.

Athletes are approved for induction by the NSW Minister for Sport following nomination by the peak bodies of New South Wales sport and short-listed by the Hall of Champions Selection Committee.

Starting with the NSW under 17 team in 1992, New Zealand-born Cox went on to make 108 Test appearances for Australia over a 16-year period, seven times as captain.  Agile, with great aerial skills, Cox wasn’t afraid to shoot from long range.

Her Commonwealth Games medals came in Manchester in 2002, winning gold in double overtime. Silver medals followed in 2006 in Melbourne and 2010 in Delhi.

The first of Cox’s two World Cup victories was in 2007 against New Zealand. As vice-captain of the Diamonds, Cox won her second World Cup in 2011. That same year she scored her 2000th goal for Australia, and in 2012 became only the fourth player in Australian netball history to earn 100 Test caps.

Cox made 254 National League appearances. She was on the Sydney Swifts winning teams for the 2004, 2006 and 2007 Commonwealth Bank Trophy Premiership. Her 2004 performance saw her shoot the winning goal and named Australian Player of the Year.

Captain of the NSW Swifts in the 2008 inaugural ANZ Championships, Cox was again Player of the Year. In 2010 she played her 200th domestic match, the second Australian to reach that milestone.

Cox joined the West Coast Fever as captain in 2012. Her final game in 2014 with the Melbourne Vixens saw her win her second ANZ Championship and a Premiers Medal. By the time she retired, Cox had earned the reputation as one of the most dominant and dangerous goal shooters in the world.

Julie Dolan, AM
A Matildas team member for 14 years, with 18 internationals, Julie Dolan is a pioneer of women's football in Australia.  Competing in the earliest national and international competitions, Dolan dominated the game in this era. 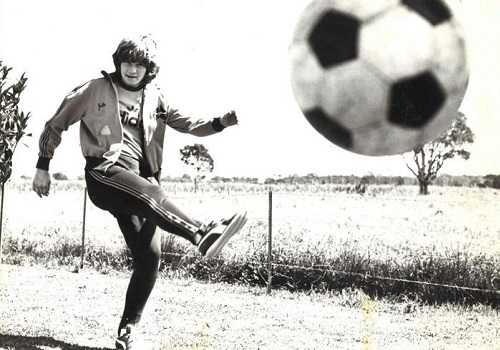 By age 13, Dolan was playing elite-level football with clubs such as St George Budapest and the Marconi Stallions. Despite limited opportunities for women, Dolan competed in the first Women’s Asian Championship in Hong Kong in 1975. At age 16, she became Australia’s inaugural captain, and in 1978 played in the first Women’s World Invitational in Chinese Taipei. Dolan was captain of Australia in the first official international match against New Zealand in 1979.

Dolan competed in the first Oceania Cup in 1983, and the pilot FIFA World Cup in China in 1988. Her proudest moment was playing in the Australian team that defeated Brazil 1-0 in their first encounter at this competition.

Playing 34 matches for Australia between 1979 and 1988, Dolan was a strategic captain and a strong central midfielder. Her attacking nature saw her score four international goals.

A true pioneer, Dolan was presented with Cap Number 1 for the Matildas. As administrator, player and coach Dolan has been a major force behind the growth of women’s football in Australia.

Earning an IAAF Rising Star award early in her career, Pittman is one of a select group of athletes to have won World Championships at Youth, Junior and Senior levels.

Pittman’s two gold medals at the 2000 Santiago World Junior Championships saw her become the first woman ever to win the 400m and 400m hurdles double at any IAAF or IOC championships.

Excelling in the 400m hurdles, Pittman’s first senior World Championship gold medal was in Paris in 2003. She won gold again in the same event in 2007 in Osaka, just eight months after the birth of her son.

Pittman competed at two summer Olympic Games – Sydney, 2000, at the age of 17 and Athens in 2004. Injuries before the 2008 Olympic Games prevented her from seeking selection. At the 2002 Manchester and 2006 Melbourne Commonwealth Games, Pittman won four gold medals in the 400m hurdles and 4x400m relay.

Her personal best in the 400m hurdles of 53.22 seconds, set in 2003 is still the NSW State record and is second only on the Australian all-time rankings to Debbie Flintoff-King. Pittman also still holds NSW records in the Under-20 and Under-18 400m hurdles.

In 2014, Pittman became the first ever Australian female athlete to compete in both the Summer and Winter Olympic Games when she was a member of the Australian two-woman bobsleigh team at the Sochi Winter Games.

Pittman’s resilience and determination in the face of challenges has seen her recognised as one of Australia’s greatest female athletes.

Melanie Roche
One of the best softball pitchers in the world, Melanie Roche has earned the distinction of being only one of four Australian athletes in history to win a medal at four consecutive Summer Olympic Games. She was a crucial member of the Aussie Spirit team who won bronze medals at the Atlanta 1996, Sydney 2000 and Beijing 2008

An intimidating player, Roche represented Australia for over two decades, gaining 229 caps with the Australian women’s national team. This includes four World Championships, where Melanie won bronze in 1994 and 2006, and silver in 1998.

Beginning her softball career with Campbelltown, Rochee was NSW captain from 1996 to 2001. A dominant force at Australian Championships, she was named best pitcher at 12 national championships over a 15-year period.

Moving to the US, Roche played for Oklahoma State University from 1990 to 1993, where she was twice voted First Team All-American. Her impressive record saw her inducted into the OSU Hall of Honor in 2011.

Her legendary pitching saw Roche named Best Pitcher at the 2005 Canada Cup, one of the most prestigious international softball tournaments. She played professionally in Japan from 2001 with the Renesas Electronics Team and then took on coaching roles with teams playing in the Japanese League. 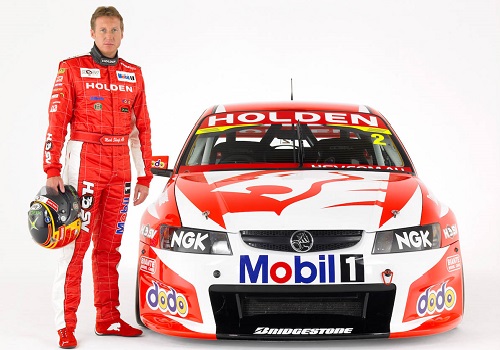 Encouraged by his family from the NSW Central Coast, particularly father Russell, a Touring Car competitor, Skaife graduated from Karts in the 1980s to a Torana Sports Sedan, Ford Laser Series and then Nissan Gazelle Touring Car, winning the Australian Two Litre Championship in 1987 for Fred Gibson’s Factory Nissan Team.

With Gibson Motorsport, Skaife’s first Bathurst victory came in 1991 when he and Jim Richards piloted the Nissan GTR ‘Godzilla’, decimating the opposition. In top form in 1992, Skaife won his second Bathurst 1000 with Richards, the Australian Touring Car Championship and the Australian Drivers Championship. This was the first and only time a driver had won all three in the same year.

With 888 Race Engineering, Skaife and partner Craig Lowndes won the Phillip Island 500 in 2010, and Bathurst 1000 a month later.

Skaife won the Sandown 500 five times, competed at Le Mans, and holds a Guinness World Record for the fastest recorded speed in a production Ute in 2006.

In 2014, Skaife was inducted into the V8 Supercars Hall of Fame and the Australian Motor Sport Hall of Fame in 2017.

The NSW Hall of Champions is located at Quaycentre at Sydney Olympic Park.

Tickets to the Champions of Sport Ceremony are available at www.sportnsw.com.au