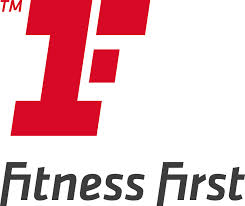 Fitness First is to expand the number of clubs that it operates in the Philippines as part of a five year expansion plan for Asian markets.

Following its global rebranding earlier this year, Fitness First Asia Chief Executive Simon Flint explained that the global fitness operator plans to open one to two clubs in the Philippines in each each of the next five years. It also plans to refurbish its existing clubs over the next 18 months as part of the global rebrand.

All of the new clubs will be in metropolitan Manila area and will be developed as stand-alone gyms as well as in malls and corporate offices.

Flint explained “after 13 years in the Philippines, we are rebranding a symbolic change in our logo but, more importantly, a major change across many, many areas. And we have researched deeply (to) go further in life through fitness and we believed that we cracked the code to motivation.”

Fitness First already has 16 clubs in the Philippines, mostly in the Manila area, but its growth stagnated in a recent years as its UK-based parent company faced a range of financial issues.

The company is now majority owned by US-based Oaktree Capital Partners which has been behind the recent rebranding and the announcement of its expansion plans in Asia.

Launching Fitness First’s 16th Philippines club is the Manila suburb of Taguig, the company’s first in the region to display its new branding, Flint said the company spent P90 million (US$2.1 million) for the gym and will spend about P65 million (US$1.4 million) more to upgrade its other Philippine clubs.

Looking forward, Flint explained “we are debt free and we have a clean balance sheet and we are very healthy to invest in our estate. We have US$42 million to invest in our current estate to invest in Asia and $100 more to expand our footprint by 60%.

“In our global rebranding initiative, we are investing in the Philippines as it is one of our key markets with high potential for growth.”

Flint concluded that the new investment, will not only be in club development but that funds  will be used to train staff and develop programs, as well as products to address the needs of people in the Philippines.