Fitness First looks to inspirations for gym goers in 2015 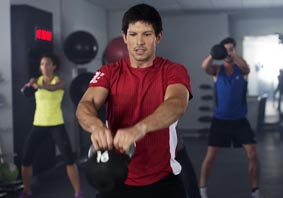 Looking forward into next year, leading health club group Fitness First Australia has identified what it sees as the key fitness trends of 2015.

Having repositioned its brand in 2014, the global chain sees that reconditioning, MMA workouts, hot Yoga and women’s strength training will underpin industry success in 2015.

Reconditioning
According to the fitness team at Fitness First, reconditioning programs are set to drive balance for fitness enthusiasts in the New Year as gym goers look to balance the stresses of training and lifestyle habits.

These unique movement based programs are designed to return your body to optimal condition and capability by restoring and reconditioning the natural movement patterns and functionality of the body to unlock optimum performance and assist in injury prevention and recovery.

Commenting on this trend, Cunico states "people are realising that you can’t thrash your body every time you train.

“Things are going to start to hurt.

"Reconditioning improves performance and helps reduce pain and dysfunction and we are already seeing a rise in demand for these styles of classes at Fitness First." 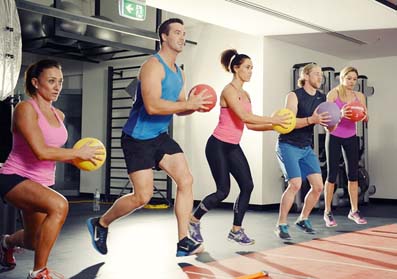 Mixed Martial Arts (MMA) workouts
One of the more intense classes to take centre stage in 2015 takes its origins from the extreme sport of UFC. Mixed Martial Arts (MMA) is an intense blend of cardio and strength based exercises combined with elements of shadow boxing, kicking and ground drills aimed at building both physical and mental strength.

Cunico explains “MMA is growing in popularity due to the rise in UFC and the status of those fighters, but it is also offering those who may have grown tired of traditional cardio workouts like Cycle, a high intensity alternative that will help improve endurance and athleticism.”

Hot Yoga
This variation on the traditional Yoga class gained in popularity in 2014 and is set to continue to rise in 2015. The class takes place in a heated room that is set to around 35 degrees with the heat warming the muscles and connective tissue allowing for increased mobility and flexibility.

Fitness First is pleased to have introduced a number of variations on Yoga including Gentle Flow Yoga, Dynamic Yoga, Hot Yoga and traditional Yoga - designed in consultation with Duncan Peak, founder of Power Living.

Cunico states “hot yoga has been popular with men and first time yogis, those who don’t feel yoga is enough of a workout.

“There is a mentality amongst some gym goers that you’re not working hard enough unless you sweat.

“We are starting to see a shift in the way people think – people will no longer think you have to go ‘hard’ all the time.

Cunico concludes “women are more open to trying new things these days and they are starting to see a different, leaner and more muscular physique on other women and accepting this to be the new look of fitness.”

For more information go to www.fitnessfirst.com.au