The Fitness and Lifestyle Group’s planned acquisition of Fitness First Australia’s clubs is set to see a change in operations with some of the group’s 61 clubs set to have extended opening hours and 24/7 operations.

In the past 18 months 46 Goodlife clubs have extended their opening hours and there are plans for another 20 to make the switch.

In an exclusive interview on the Fitness and Lifestyle Group’s plans in the latest Australasian Leisure Management, Oliver explains "as we've gone through this (transition to 24/7 operations) our members' satisfaction has increased dramatically.”

Hypoxi weight management studios, which Goodlife bought into in 2014, are also to be introduced into Fitness First clubs.

Oliver adds “Hypoxi body shaping stores have done really well in Goodlife clubs and we expect they will be well patronised in Fitness First.

“If you consider a Fitness First club in Sydney, the addition of a Hypoxi studio as a product diversification strategy will broaden the club’s appeal to a new market who have previously struggled with traditional fitness and weight loss regimes.” 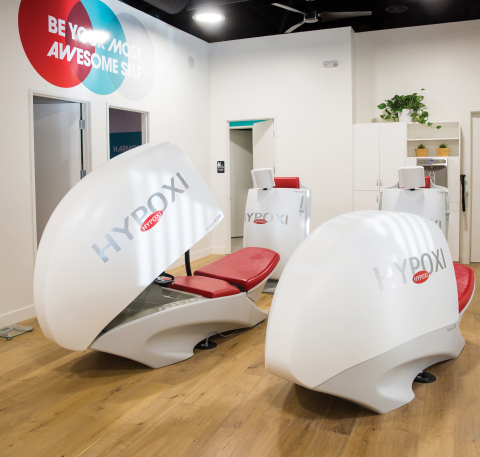 Today (25th October) has seen the Quadrant Private Equity group complete the purchase of Goodlife from the Ardent Leisure Group for a cash component of $230 million and a deferred consideration of $30 million in the form of a vendor loan repayable within two years.

As previously announced, Ardent’s proceeds from the sale will be invested in its US-based family entertainment centres and its theme parks and bowling businesses.

Quadrant’s acquisition of Fitness First is currently being reviewed by the Australian Competition and Consumer Commission (ACCC).

However, with the Fitness and Lifestyle Group (which also includes Jetts 24/7 clubs) having a close to 8% share of the country’s fitness club market and around 16% of Australia’s fitness club members the ACCC .

The feature Does Quandrant measure up? is published in the September/October 2016 issue of Australasian Leisure Management.