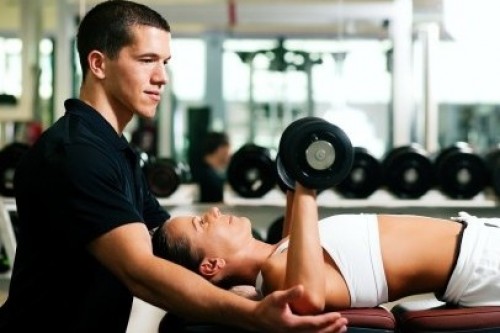 With a number of fitness facility operators uncertain over the complexities of Australia’s workplace relations environment, Fitness Australia is to stage an online webinar on ‘sham’ contracting.

Being held on the morning of Wednesday 7th March, the webinar, Contractor vs Employee: Learn about Sham Contracting and how to avoid it, is free to AusREPs and Fitness Australia business members.

Many fitness operators have long preferred engaging independent contractors over in-house employees but matters came to a head last year when leading 24/7 gym group Snap Fitness has claimed it was not responsible for the actions of one of its personal trainers in a negligence lawsuit.

In the wake of Snap Fitness’ liability dilemma, fitness franchise KX Pilates took the step of changing its arrangements with all of its trainers so they became PAYG employees and receive associated benefits.

At the time, KX Pilates founder and Chief Executive Aaron Smith advised “KX has done this to give back to, and benefit, our trainers.

“The fitness industry for years has accepted sham contracting as the norm.

“It's easier for trainers to be contractors as employers can fire them easily, don't have to worry about paying their payroll tax, and also get out of paying Work Cover and Private Indemnity Insurance.

“So basically, business owners are saving money whilst their trainers are being exploited.”

However, this move was criticised by contractor compliance and management company Certica.

In a Blog, Certica's Stephanie Lewis wrote "gyms have been switching to traditional employment relationships as a way of limiting ‘risks’ in their operations, which frankly, leaves us baffled."

Commenting on KX Pilates actions, Lewis added that their "transition is drastic and not feasible or warranted for other fitness clubs.

"What the company did seems like a knee jerk reaction that may not consider best practice, and it could actually have the negative effect of putting them in the jurisdiction of the FWO and other regulators."

In addition, in two relatively recent cases, the Federal Circuit Court imposed significant penalties on (non fitness industry) employers that were found to be in contravention of the ‘sham contracting’ provisions of the Fair Work Act 2009 (FWA) (misrepresenting an employee relationship as an independent contracting arrangement). Back pay was required to be made, and penalties were also imposed against directors of the employer companies.

The Fitness Australia webinar, Contractor vs Employee: Learn about Sham Contracting and how to avoid it, is being led by HR Assured.

It will offer the opportunity for both businesses and individuals to get their head around the independent contractor vs employee distinction and what the risks are of getting it wrong.

It will focus on:

• Distinguishing between an independent contractor and an employee in the fitness industry.
• Rights and obligations in an employment relationship vs contractor arrangement.
• What is sham contracting?
• The risks of getting it wrong.
• Recent case studies

Fitness Australia webinars are designed to educate and provide the tools necessary to navigate through the complexities of Australia’s workplace relations environment in the fitness industry.

Both Fitness Australia and the Australian Fitness Network have previously issued advisory notes on Sham Contracting.