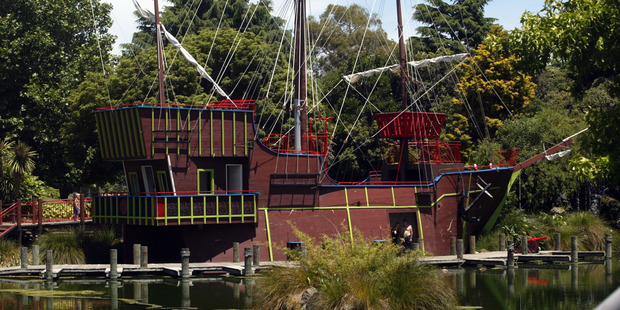 The pirate ship damaged by arsonists at Hastings waterpark Splash Planet is to be replaced during the coming months with a new attraction to open in time for the next summer season.

The 20 metre long timber ship was set alight by three teenagers on 5th April. The trio have since been arrested and charged.

Hastings District Council and the management team at Splash Planet are now looking for a replacement play feature that would be as popular as the old ship had been.

The Council's insurer has advised that an exact replacement of the pirate ship is not required, leaving the options for a replacement play or visual element wide open.

The ship, built mainly by volunteers, had welcomed generations of visitors who have clambered through the static vessel.

It has been closed in recent years, but with a decorative makeover it has served as a backdrop for a kayaking lake, and storage for the canoes.

Splash Planet, which has been on a weekends-only schedule since ending its seven-days-a-week summer season in mid-February, was a popular holiday attraction throughout the Easter holiday weekend, attracting over 2,000 guests.

For more information go to www.splashplanet.co.nz

Image shows Splash Planet's pirate ship prior to the fire.