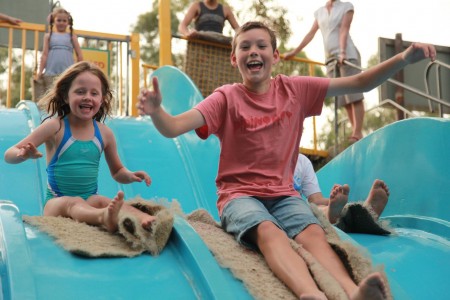 After 33 years of providing entertainment and family fun, the Greenhills Adventure Park in the South Australian town of Victor Harbor will close its gates for the final time on 1st May 2016.

Developers purchased the 10 hectares of land on which the attraction sits in 2009 and propose to build 66 housing allotments over four stages after it closes next year.

Having opened for its final season on 1st September, Park Managing Director Meg Whibley said the staff and management are looking forward to the coming months

Whibley explained “we see this to be our last year operating Greenhills Adventure Park and we want this last summer to be a special one.”

Located in the picturesque Hindmarsh Valley just over an hour's drive south of Adelaide, Greenhills Adventure Park has more than 20 attractions including waterslides, go-carts, mini golf, archery, climbing wall, canoes, aqua bikes and a kiosk for refreshments and food.

The attraction was established in 1982 and officially opened in 1983.

The site was sold to developers by Whibley's parents Marg and Bill McKenzie six years ago.

Whibley added "it will be sad the day we finally finish, but right now the park is open for business and we will continue with what we have been doing since 1982.

“I want this summer to be a celebration on what has been achieved for 33 years.

“We have had so many visitors from all over the world come to the park and there are so many locals who came here as children to have fun and many who have worked here.”

Developers and owners of the land at Greenhills Adventure Park Daniel McOmish and Dean Kyros have started marketing and selling land for stage one of the redevelopment, with some site works, which are not expected to impact on the running of the attraction, already underway. 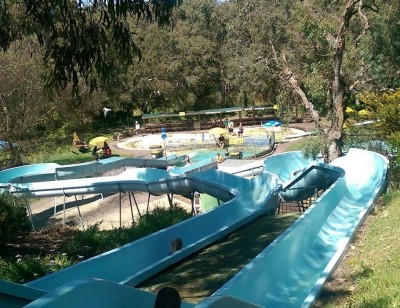 Whibley concluded “this has been such a large part of my life and my late brother Scott had such a great vision for not just Greenhills Adventure Park, but for the whole Fleurieu Peninsula.”

Scott McKenzie, who died of cancer in 2004 at the age of just 43, was a leading member of the Australian Amusement, Leisure and Recreation Association and was widely known as 'Mr Greenhills'.

Scott had a deep involvement in developing and promoting Greenhills Adventure Park into a South Australian tourism icon.

For more information go to www.greenhills.com.au