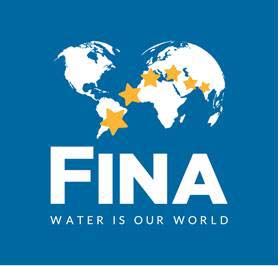 World swimming governing-body FINA is backing the international growth of the aquatic industry, highlighting its status as a global sport, with competition for hosting events having increased markedly between regions and a greater range of nationalities stepping onto the podium at major championships than ever before.

Dr. Maglione recently stated “in terms of organising major FINA events, China, Russia and the Middle East are clearly the regions that are more active at this moment in time, but we are also developing good and valuable partnerships with North and Latin America. Some activation effort needs to be done in Western Europe, Oceania and Africa.

“Overall, the situation is very encouraging and we can proudly state that there is a genuine interest in FINA competitions, seen as a key for legacy in the host cities and a strong vehicle for sport development within the respective local communities.”

“Aquatic sport is developing worldwide, and a very simple example of this progress is measured by the growing number of countries participating and getting medals at our World Championships. This proves that our Member Federations across the five continents are steadily improving their standards, constituting a true national reference for the sport community of that country.

“There has also been a global evolution within each of our six aquatic disciplines – there is an increased balance between nations.

“The outcome of our competitions is now much harder to predict than in the past, which is a very positive element to enhance the interest of the media for our sport.”

Dr. Maglione believes the globalisation of aquatics has been accelerated by the proliferation of temporary structures, adding “FINA is currently an attractive product and many cities look at staging one of our top-class events.

“With the technologies in place, namely concerning the construction of temporary pools, it is possible to hold a World Championships in virtually any city in the world.

“We can do it in the beach, in a concert arena, in a football stadium, in a multi-sport complex. What was in the past a limitation – the costly set-up of a pool – isn’t any longer an obstacle to building up an aquatic festival.”

He continues “preparations for these two major events are running in a very satisfactory way.

“These two meetings will make history and will set a future trend.”

Such global interest from markets such as the Middle East and Russia has stoked interest in FINA and its premium properties, from a commercial perspective.

Dr. Maglione explained that the FINA World Aquatics Convention – which will take place this year in Doha, Qatar from 29th November to 1st December – has been established in order to take advantage of such opportunities.

Dr. Maglione explained “the goal of the FINA World Aquatics Convention is to gather all protagonists of the sports business industry together with the members of the FINA family to enhance the opportunities of partnerships.

“This is a win-win situation, as some brands want to be associated with our culture of success and excellence, while FINA gets solid partners in many important areas.

“At the moment, we have great partners, sponsors and suppliers, but we still have some categories open, waiting for further opportunities.

“Together with our marketing agent Dentsu, FINA is continuously trying to attract new commercial partners, with the goal of enhancing the value of our product and to make our brand more recognised and important on a global scale.”

With an eye on the future, Dr. Maglione is aware that FINA is in competition with a number of other sports to engage youngsters. With that in mind, the governing body has cranked up its efforts to capture the attention of the next generation through various initiatives.

He concludes “over the last few years, FINA has paid great attention to the junior and youth competitions, considered as valuable indicators with regard to the future elite level.

“We now have world junior and youth championships in all our disciplines and we have recently approved the creation of Swimming Junior World Records – another way of giving more prestige and value to age group events.

“In parallel, mass participation events are also being studied by FINA. The first tangible result of this effort will be organisation of mass events within the frame of our 10km Marathon Swimming World Cup races.”

In a multimedia age, FINA is ready to meet the challenge of satisfying its most demanding of fans – including the future stars of the pool and open water.

“Our renovated communications strategy is focusing on strengthening the links between our activities and the fans’ communities that actively use new digital platforms.

“Social media and mobility of information are key elements in this new approach – aquatic fans are keen to receive FINA news anytime, anywhere, on a multitude of devices.

“FINA is attentive to this reality and is reinforcing its tools to get even more global.”