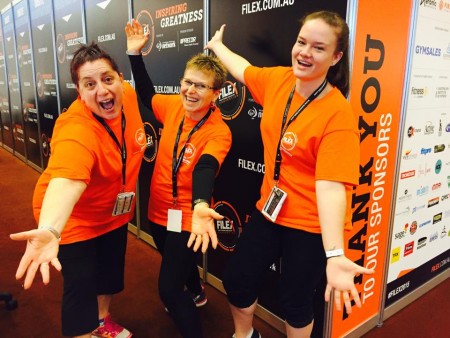 The annual FILEX fitness convention and Fitness & Health Expo held at the Melbourne Convention & Exhibition Centre from 10th to 12th April has exceeded past performance, bringing together professionals and consumers at all levels of the Australian fitness industry

“It's no wonder the 2,000+ delegates who attended over the weekend delivered such rave reviews in response to their experience!"

Meredith Littlefair, Manager of Health and Fitness for VenuesWest is one "rave reviewer", her feedback stating "FILEX truly is first class! The collective experiences and knowledge obtained at FILEX, all create such a positive industry vibe and you can feel this resonating among the conference delegates.

“It is this inspiration that we all take back to our clubs, which will ultimately flow through to our staff and our members." 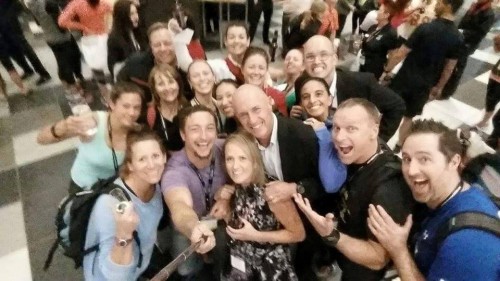 OH! Magazine was one of the many valuable sponsors at the Business Summit and within the main program.

OH! Magazine's Publisher and Editor Analee Matthews reported an exceptional response to her involvement, saying “as a direct response to my sponsorship offering at FILEX, I conducted almost 40 meetings over four days, equating to a 17% immediate response rate. “And we received more than half those leads before I even left the stage after presenting my special offer!

“I could not be happier with the almost immediate return on investment, and I cannot wait to be involved again next year."

Frequent FILEX presenter, supporter and sponsor Justin Tamsett of Active Management was equally enthusiastic, explained “I've probably been presenting at FILEX now for at least 15 years, and that's because it's good for business.

“It really is the pinnacle of the fitness industry calendar."

Di Galea was one of the almost 200 volunteers required to ensure the event's success.

Galea says of her first experience as a FILEX volunteer, "I’m a relatively new personal trainer and I thought volunteering at FILEX would help me gain an even better understanding of the fitness industry.

“I was right! The passion, the inspiration, the energy – it all exceeded my expectations and confirmed that I am in exactly the right place for right now.

“I had a great time, learned heaps, made new friends and can’t wait to be back again next year to do it all over!”

Network’s Executive Director, Nigel Champion concludes "FILEX 2015 was an amazing culmination of fitness education, which saw the convergence of all aspects of fitness into one memorable and massive weekend.

“The weekend brings together three key industry events: FILEX; Les Mills Reebok ONE LIVE, which is attended by more than 2,000 instructors; and the Fitness & Health Expo, which has tens of thousands of visitors over the three days." 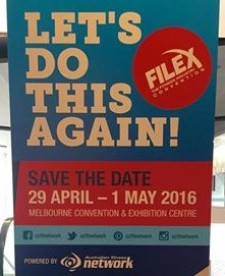 In 2016, FILEX and the Australian Fitness & Health Expo will be once again held in Melbourne, from 29th April to 1st May.

For more information go to www.fitnessnetwork.com.au

For more information on the 2016 Australian Fitness & Health Expo click here to view the event in the Australasian Leisure Management industry Calendar.