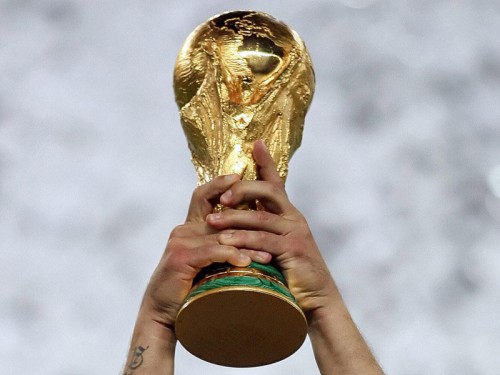 World football governing body FIFA has today detailed its plans to reshaping the game's international calendar with a proposal to play the men's World Cup tournament every two years.

Reacting to a proposal by the Saudi Arabian Federation to FIFA's online members meeting in May, the feasibility study into a biennial World Cup has resulted in an overall plan to shape the schedule of international football from 2024.

Led by FIFA's Chief of Global Football Development, Arsene Wenger, a group of 80 former internationals including World Cup winners this week met in Qatar over two days of FIFA-hosted talks and emerged with consensus for playing the tournament twice as often.

The proposed new system would be replaced by a single block of fewer qualifying games for the World Cup in October each year, with international tournaments to occupy June each year, with players proposed to get a mandatory 25-day vacation in July before rejoining their clubs.

Wenger said the plan would deliver more top-level tournaments and fewer qualifying games, saying it would mean less travel for players and less disruption for their clubs plus giving young talent worldwide "a chance to shine" by also playing more meaningful games.

Wenger said the balance of players having 20% of their games for national teams and 80% for clubs would stay, though "in a more efficient way", noting "I think it (the current system) is an outdated (one).

"It is not linked with the evolution of the modern game. We will not increase the number of games, we might even reduce it."

Other former stars backing the proposal included Germany's Jürgen Klinsmann, Roberto Carlos of Brazil, Didier Drogba of Ivory Coast and Denmark's Peter Schmeichel, with Schmeichel, who played at just one World Cup (in 1998) saying "I don't think anyone disagreed on the frequency" of biennial World Cups.

"It was a really, really long wait for an ambitious player like me to have the next possibility."

Likely to spell the end of men's football at the Olympics, the proposal has been met unfavourably from Europe, Aleksander Ceferin, President of Euorpean football governing body UEFA confirming it could launch a boycott by its teams which won the each edition of the tournament since Brazil won in 2002.

In an interview with British newspaper The Times, Ceferin stated "we can decide not to play in it."

Ceferin stated "as far as I know, the South Americans are on the same page" with resisting FIFA's plan, adding "so good luck with a World Cup like that."

UEFA's objection is based on a biennial World Cup being a commercial and competitive threat to its club and national team events.

FIFA can expect opposition from Olympic sports to adding another World Cup that would absorb billions of dollars in commercial revenue and a huge amount of media attention.

The global group of players' unions, FIFPRO, has not yet commented on FIFA's plans.

Wenger said FIFA could make a decision in December, though it would likely be ratified by its congress of 211 member federations next year.