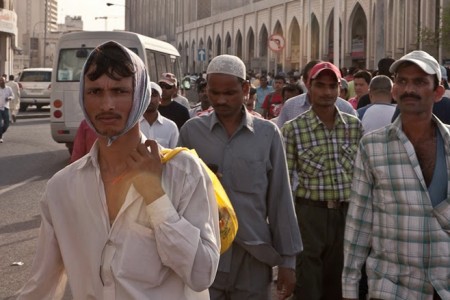 World football governing body FIFA has launched an investigation after the arrest of a BBC news in Qatar to report on the plight of migrant workers building stadiums for the 2022 FIFA World Cup.

According to a report In The Guardian, the four-strong crew had been invited by the Qatari Prime Minister’s office on an official tour of new accommodation for construction workers. The visit was part of a public relations drive in the wake of an international outcry over the slave-like conditions for workers.

However, despite official permission to report in Qatar, the crew were arrested by the security services, interrogated and jailed for two days before being released without charge.

The Qatari Government defended the arrests and accused the BBC crew of trespassing.

FIFA, which has been repeatedly criticised for the way Qatar won the bid to host the 2022 World Cup, was helping to run the tour.

Advising that it was investigating the arrests, a FIFA statement explained “any instance relating to an apparent restriction of press freedom is of concern to Fifa and will be looked into with the seriousness it deserves.”

The BBC’s Middle East correspondent, Mark Lobel, was one of those detained, along with his cameraman, a driver and translator.

Speaking about his ordeal, Lobel said his interrogators never explained why he had been detained but showed him surveillance photographs of his movements in Qatar.

Lobel told BBC Radio 4’s Today program “they had actually photographed my every move since I arrived.”

After their release, members of the team were allowed to take part in the official tour of a migrant accommodation block but their equipment remained confiscated and Qatar has offered no explanation or apology for the arrests.

Lobel added “we are fine (but) the worrying sign of this is that it might be a crackdown on the media to deal with the problem at the same time that other parts of the government are trying to change their image.”

In an article for BBC News, Lobel wrote “whatever the explanation, Qatar’s Jekyll-and-Hyde approach to journalism has been exposed by the spotlight that has been thrown on it after winning the World Cup.” 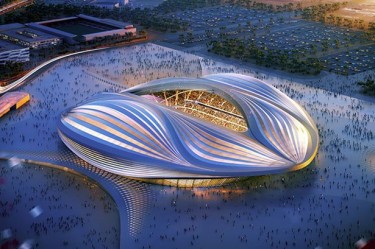 Qatar’s Head of Communications, Saif al-Thani, said the BBC crew were arrested after departing from an official tour, explaining “we gave the reporters free rein to interview whomever they chose and to roam unaccompanied in the labour villages.

“Perhaps anticipating that the government would not provide this sort of access, the BBC crew decided to do their own site visits and interviews in the days leading up to the planned tour.

“In doing so, they trespassed on private property, which is against the law in Qatar just as it is in most countries. Security forces were called and the BBC crew was detained.”

Offering no apology, Thani concluded “the problems that the BBC reporter and his crew experienced could have been avoided if they had chosen to join the other journalists on the press tour.

“They would have been able to visit - in broad daylight - the very camps they tried to break into at night.

“Reporters from the Associated Press, AFP, the Guardian and Le Monde have filed stories on what they saw and heard in Qatar, and we invite interested readers to review their reports, which are available online.

“By trespassing on private property and running afoul of Qatari laws, the BBC reporter made himself the story. We sincerely hope that this was not his intention. Moreover, we deeply regret that he was unable to report the real story, which is that the government and the private sector are making significant progress in efforts to improve the lives and the labour conditions of guest workers in Qatar.”

Human Rights Watch, which has highlighted Qatar’s poor record on labour conditions, described the arrests as “jaw-droppingly awful PR”, pointing out that a German television crew had also recently been arrested on a tour of Qatar.

Human Rights Watch researcher Nicholas McGeehan stated “Qatar put itself in the harshest of spotlights when it won the right to host 2022 and this is not the way to deal with the inevitable press attention.

“ If it wants to put an end to media criticism, it needs to make some serious reforms to its labour system. Claiming that the arrest and intimidation of BBC journalists was legitimate on account of their ‘trespassing’ is probably the lowest point so far in a dismal series of PR disasters.”