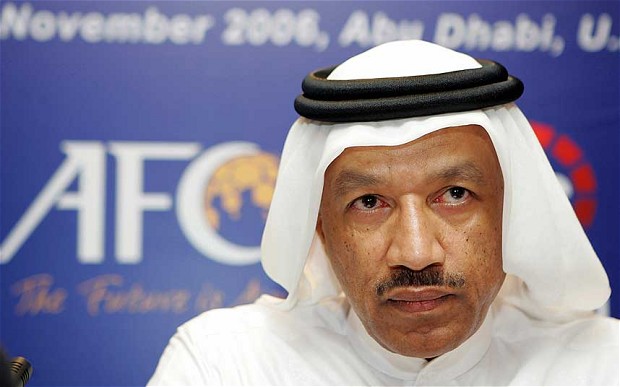 A secret report by the ethics committee of world football governing body FIFA has claimed there is "overwhelming" evidence that Asian Football Confederation President Mohamed Bin Hammam tried to bribe officials during his campaign to become president of the body and that Jack Warner was "an accessory to corruption".

Both Warner, from Trinidad & Tobago, and Qatar's Bin Hammam, were provisionally suspended on 29th May. Warner resigned from FIFA on Monday and quit all football activities, with the governing body dropping its investigation against him, stating that "the presumption of innocence is maintained".

However, the ethics committee report, seen by the Press Association, stated that there was "comprehensive, convincing and overwhelming" proof that Bin Hammam had offered bribes as part of his campaign, and that Warner had facilitated such actions. The report concluded that there was "compelling" evidence that Bin Hammam and Warner arranged a special meeting of the 25 members of the Caribbean Football Union on 10th and 11th May in Trinidad and that, with their knowledge, cash gifts were handed over.

Statements from witnesses, which were included in the report, claimed they were handed brown envelopes containing up to US$40,000 in cash. Warner's evidence to the 29th May hearing was described as "mere self-serving declarations" and the report added that he "failed to provide the FIFA ethics committee with a plausible explanation". Following the report being leaked, Bin Hammam said in a statemen, "there is nothing I can say more than I deny the allegations and insist that I have not done anything wrong during the special Congress at Trinidad."

Warner issued a statement claiming the report had been circulated by "pathologically mendacious" people within FIFA who would "stop at no length to destroy my legacy".

In a statement to The Associated Press Warner added "let me once again reiterate for the sake of those with hidden agendas; I, Jack Warner, did not partake in the distribution of any cash gifts to my members."